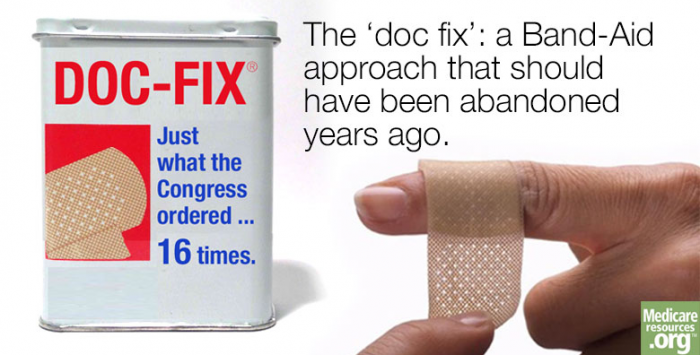 Repeal of the SGR formula averts a 21-percent pay cut for doctors, but is the legislative victory a big deal for Medicare beneficiaries?

Two days after the U.S. Senate passed H.R. 2 92-8, President Barack Obama signed the Medicare Access and CHIP Reauthorization Act of 2015, one of the most popular pieces of bipartisan legislation in recent memory.

A despised ‘fix’ that wouldn’t die

Passed by the U.S. House 392-37 in late March, H.R. 2 bridges the considerable political divide in Congress because the Sustainable Growth Rate (SGR) formula for calculating Medicare payments to doctors was so hated that both parties agreed it needed to be replaced. The SGR was created in 1997 as a tool ensure that Medicare payments wouldn’t increase faster than the overall economy.

Initially, that worked well. But by 2002, with physician costs rising, the SGR called for a 4.8 percent payment cut. Over the ensuing years, utilizing the SGR formula would have resulted in significant reimbursement cuts for Medicare providers. To prevent those cuts, Congress has enacted 16 separate “doc fixes,” serving as temporary patches that had to be reworked each year.

If Congress had not passed H.R. 2, the SGR would have cut reimbursements by 21 percent this year. (Technically, the 21-percent cut went into effect on April 1, but CMS has been holding claims for the first half of the month, waiting for the Senate to return from recess and pass H.R. 2.) With the passage of H.R. 2, an annual “doc fix” is no longer needed, and physicians will receive small, but steady – and predictable – pay increases going forward.

Although repealing the SGR and extending CHIP (Children’s Health Insurance Program) funding are two of the main components of H.R. 2, Medicare beneficiaries will be interested in quite a few other aspects of the new law:

How does H.R. 2 help Medicare beneficiaries?

For as much as beneficiaries stand to gain from H.R. 2, there is some concern that the it will impact Medicare benefits and push premiums higher. Are those concerns merited?