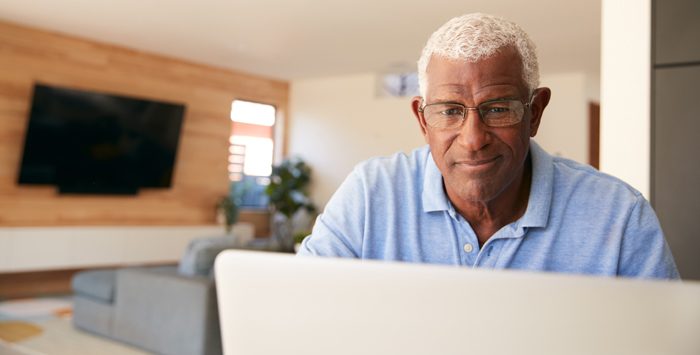 How do I enroll in Medicare?

With Original Medicare (Medicare Part A and B), enrollment can be as easy as opening your mail and putting your Medicare card in your wallet. For some other plans, you’ll have to do a bit more to enroll, but it’s important to thoroughly research your options prior to enrolling.

When it comes to Original Medicare, enrollment could be a piece of cake. If you’re already receiving Social Security or Railroad Retirement Board benefits and you’re a U.S. resident, the government automatically enrolls you in both Medicare Part A and Medicare Part B at age 65. Three months prior to your 65th birthday, your Medicare card will arrive in the mail with instructions.

At this point, you’ll have the option to turn down Medicare Part B (which has a monthly premium — for most enrollees, it’s $170.10/month in 2022, whereas Medicare Part A is premium-free for most enrollees). But you probably won’t want to do that unless you have coverage from your own or your spouse’s current employer, and the employer has at least 20 employees. That’s a valid reason for delaying your enrollment in Medicare Part B.

If you decide to not enroll in Part B, but plan to enroll at a later date, know that you could end up having to pay a higher premium – 10% higher for each year you could have enrolled, but didn’t. The penalty doesn’t apply, however, if the reason you didn’t initially enroll in Part B coverage was that you had employer-sponsored health insurance from your (or your spouse’s) current employer, including TRICARE from current military employment.

If you are turning 65, but you’re not yet receiving Social Security or railroad retirement benefits, you won’t be automatically enrolled in Original Medicare. Instead, you’ll be able to enroll during a seven-month open enrollment period that begins three months prior to the month you turn 65, and includes the month you turn 65 as well as the three following months. So if you’ll be 65 on July 14, your open enrollment period will be April, May, June, July, August, September, and October.

If you haven’t yet enrolled in Social Security but are eligible and want to begin receiving benefits, you can enroll online, or at a local Social Security office. Be sure you understand how your benefits depend on the age at which you start receiving them, and there’s no right or wrong answer in terms of when you should activate your benefits.

If you’ll be eligible for railroad retirement benefits, you can enroll by contacting your Railroad Retirement Board field office.

Beneficiaries whose incomes and assets qualify them for a Medicare Savings Program (MSP) are enrolled in Medicare Part B automatically.

If you plan to enroll through a carrier’s web site, you may want to compare Medicare Advantage Plans first at Medicare’s site, so that you’re aware of all the available options.

Medicare Advantage plans are required to cover all of the services that Medicare Part A and Part B would cover, albeit with different out-of-pocket costs. And most Advantage plans also include Part D prescription drug coverage, making the plan an all-in-one approach to Medicare (as opposed to needing to purchase a Part D plan and a Medigap plan if you have Original Medicare). But there are pros and cons either way.

How can I make changes to my Medicare Advantage coverage?

The fall open enrollment period, which runs from October 15 to December 7 each year, is an opportunity to switch to a different Medicare Advantage plan or to switch to Original Medicare if you think it would serve you better.

You’re first eligible to enroll in Part D when you’re first eligible for Medicare. When you apply, you will enroll in a private plan and must enroll during a seven-month period that starts three months prior to the month that you reach age 65. If you don’t enroll during this period, you may pay a late-enrollment penalty that will raise your Part D premium when you do decide to purchase coverage (the late enrollment penalty doesn’t apply if you had creditable drug coverage during the time that you delayed your Part D enrollment).

If you’re Medicare-eligible because you’re disabled AND you’ve reached age 65, you can enroll in a Part D plan, switch Part D plans, or drop your Part D plan during this seven-month period.

If you’re newly eligible because you’re disabled, you can enroll starting 21 months after you began receiving RRB or Social Security benefits and have through the 28th month to enroll (in other words, it’s a seven-month enrollment window, just like a person has around their 65th birthday). Your Part D coverage will start at the beginning of your 25th month of receiving RRB or Social Security benefits.

If you don’t have Part A or Part B and you enroll in either one during the Part B General Enrollment Period, you can enroll in Part D between April 1 and June 30. But if you already have Part A only and you use the General Enrollment Period to sign up for Part B, you will have to wait until the fall Open Enrollment period to enroll in Part D. This is because Part D is available to a person who is enrolled in Part A or Part B, which means that the person had the chance to sign up for Part D when they first enrolled in Part A, and will thus have to wait until the fall enrollment window to get Part D, since they’re not newly eligible.

And if, later on, you want to change to a different Part D plan, you can do that during Medicare’s Open Enrollment period that runs from October 15 to December 7 each year.

After you’ve chosen from the various PDP offerings, you can enroll by:

Once you apply for Plan D, it generally takes about five weeks for your membership card to arrive. During that time, if you need prescription medications, most pharmacies will accept the initial letter you received from Medicare acknowledging your upcoming membership, or an enrollment confirmation number.

It’s essential that you learn about enrolling in Medigap well in advance of your application. During your initial Medigap enrollment period (the six months starting with the month you’re at least 65 years old and enrolled in Medicare A and B) you can’t be denied Medigap coverage or be charged more for the coverage because of a past medical condition.

If you’re under 65 and eligible for Medicare because of a disability, the majority of the states provide at least some sort of guaranteed issue period during which you can purchase a Medigap plan, but the consumer protections vary considerably from one state to another. In most of the states that do guarantee access to Medigap plans for people under 65, the insurers are allowed to charge additional premiums for people under 65. You can click on a state on this map to see how Medigap plans are regulated in the state.

If you miss your initial Medigap enrollment period, you may still be able to buy a policy, but a carrier may charge you more for the policy. Or worse, a carrier could decline to issue a Medigap policy entirely. But some states have consumer protections that require guaranteed issue access to at least some Medigap plans:

To find out about Medigap policies in your state, contact your State Department of Insurance or your State Health Insurance Assistance Program, or call 1-844-309-3504 to speak with one of our partners, who can help you find a plan in your area.