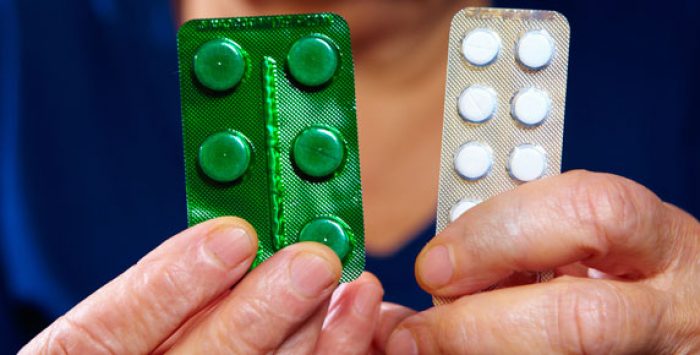 The Inflation Reduction Act, which was enacted in 2022, will make significant improvements to Medicare Part D coverage in the coming years, with changes starting to phase in as of 2023. Some Part D enrollees will see lower drug costs, and all Part D enrollees will be eligible for zero-cost vaccines.

If you’re enrolled in a Medicare Savings Account (MSA) plan or Private Fee-for-Service (PFFS) plan that doesn’t include Part D coverage, you have the option to enroll in a stand-alone Part D plan to supplement your coverage.

When and how do I enroll in Medicare Part D?

The first opportunity for Medicare Part D enrollment is when you’re initially eligible for Medicare – during the seven-month period beginning three months before the month you turn 65.

Here’s more information on how to pick a prescription drug plan.

In both of these cases – whether you’re turning 65 or are eligible for Medicare because of a disability — you have the option of selecting a Medicare Advantage plan that includes prescription drug coverage, and using that in place of Medicare A, B, and D. The enrollment periods and rules are the same as those described above for stand-alone Medicare Part D plans.

After you’ve chosen from the various PDP offerings, you can enroll by:

Once you apply for Medicare Part D, it can take a few weeks for your membership card to arrive. During that time, if you need prescription medications, most pharmacies will accept the initial letter you received from Medicare acknowledging your upcoming membership, or an enrollment confirmation number.

Can I enroll in Medicare Part D after my initial enrollment period?

In most cases, enrollment outside of your initial enrollment period is limited to an annual enrollment period between October 15 and December 7, with coverage starting January 1 of the following year. During this time, you can switch to a new PDP or MA-PD plan, and coverage is guaranteed issue. The new plan will automatically replace the old one, so you don’t need to do anything other than enroll in the new plan.

If you are enrolled in a Medicare Advantage plan and want to switch to Original Medicare, you can do so either during the fall open enrollment period (October 15 – December 7) or during the Medicare Advantage open enrollment period (January 1 – March 31). If you do so, you’ll also have the option to purchase a Part D plan at the same time, so that you’ll have prescription coverage to go along with your Original Medicare coverage.

Can I delay enrollment in Part D coverage?

The Part D late enrollment penalty would also apply if you drop your prescription coverage for more than 63 days and then re-enroll during the open enrollment period. It’s important to maintain continuous drug coverage from the time you’re first eligible, both to protect against significant prescription costs, and also to avoid higher premiums when you ultimately re-enroll.

What will I pay for part D coverage?

According to CMS the average Part D plan will costs $33/month in 2022, and that’s expected to decrease slightly in 2023, to $31.50/month. But the plans are issued by private insurers, and there’s significant variation in terms of the benefits, the formularies (covered drug lists) and the pricing. Among the Part D plans that are available in 2022, premiums range from under $6/month to more than $207/month.

The premium adjustment for high-income enrollees is based on income tax returns from two years prior, since those are the most recent returns on file at the start of the plan year (so for example, 2020 tax returns are used to determine whether you pay an increased Part D premium in 2022). There’s an appeals process you can use to contest the income-related premium adjustment if you’ve had a life-change event that has subsequently reduced your income.

In addition to the premiums, you’ll pay a copay (fixed cost) or coinsurance (a percentage of the cost of your medications) for drugs. The “donut hole” (coverage gap) in Part D plans has closed, thanks to the Affordable Care Act. It was fully closed as of 2020: Enrollees with standard Part D coverage now pay 25% of the cost of generic and brand name drugs while in the donut hole, which is the same percentage they pay before entering the donut hole.

But the donut hole is still relevant in terms of how drug costs are calculated towards reaching the catastrophic coverage threshold. And depending on your plan’s design, you may pay more in out-of-pocket costs for your drugs once you hit the donut hole, as the plan may require you to pay less than 25% of the cost prior to the donut hole (with copays that amount to less than a quarter of the price of the drug, for example).

Your out-of-pocket costs will depend on the plan you choose, based on your individual medical needs. Be sure to look beyond the plan’s premium and consider all costs. You can use Medicare’s plan finder tool to help you select the best drug plan to meet your needs. This is a process that you’ll need to repeat each year during open enrollment, as drug formularies (covered drug lists) change along with premiums from one year to the next.

Once you select a PDP, there are four ways to pay the premium:

Is there help if I can't afford my prescription drug costs?

Some Medicare beneficiaries struggle to afford the high cost of prescription drugs. Although the Affordable Care Act (ACA) reduced the amount enrollees pay — to 25% — during the Medicare Part D donut hole, that amount still is more than some beneficiaries can afford.

Enrollees with limited incomes and resources can apply for Extra Help (Low-Income Subsidy, or LIS). This federal program dramatically lowers prescription drug expenses under Part D. The income limit in 2022 is $20,385 a year for singles and $27,465 a year for couples, and the asset limit is $15,510 for individuals and $30,950 for couples.