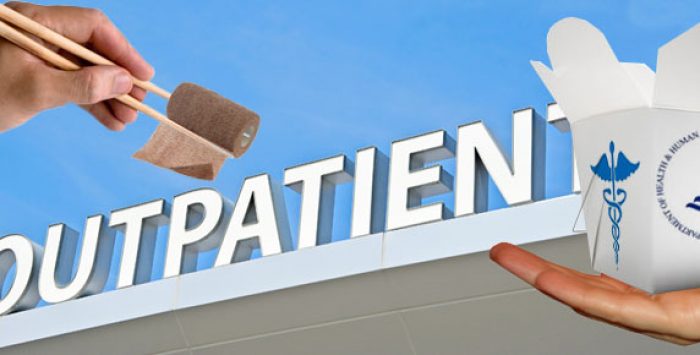 What is Medicare Part B?

Medicare Part B picks up – to a large extent – where Medicare Part A leaves off.  Part B coverage pays for a broad range of medically necessary services that aren’t picked up by inpatient coverage – even though they might be received while a person is hospitalized – including ambulance services, certain surgical procedures, dialysis, mental health care, physical therapy, transplants, chemotherapy and radiation, urgently needed care and more.

In addition, Part B covers diagnostic tests (such as MRIs, CT scans, EKGs, and x-rays) and a host of preventive medical services, such as pap tests, HIV screening, glaucoma tests, hearing tests, diabetes screening, and colorectal cancer screenings. Part B also pays the costs of durable medical equipment such as wheelchairs, hospital beds, and oxygen equipment, and for drugs that are taken by infusion (most drugs are covered under Medicare Part D, but drugs administered via infusion are covered under Part B instead).


Is there a premium for Part B?

Yes. The premium tends to increase from year to year, but for 2023, it’s declining for the first time in more than a decade. For most enrollees, the 2023 Part B premium will be $164.90/month.

Medicare Part B premiums can be covered by Medicaid if the beneficiary is eligible for both programs. And high-income enrollees pay more than the standard premiums for Part B.

Medicare Part B premiums for most enrollees are deducted from their Social Security checks. But there’s a “hold harmless” rule that prevents net Social Security checks from declining from one year to the next, unless the person has an income of $97,000 or more (that income limit is for 2023 coverage, and is based on 2021 tax returns).

So if the Part B premium increases by more than an enrollee’s Social Security cost of living adjustment (COLA), the person’s Part B premium will be adjusted, and will end up being less than the standard amount.

For most enrollees, the COLAs for 2020 and 2021 were more than sufficient to cover the Part B increases. So most enrollees were paying the standard Part B premium of $148.50/month in 2021. The 5.9% COLA for 2022 was the largest it had been in three decades. So despite the fact that the Part B premium increase in 2022 was substantial, the COLA was more than adequate to cover the full increase in the standard premium for Part B. And fortunately for beneficiaries struggling with inflation in 2022, the Part B premium decrease in 2023 will coincide with an even larger COLA for 2023, leaving Social Security recipients with more money to spend on other things.

But that wasn’t always the case in recent years. Due to fairly small COLAs, most beneficiaries paid less than the standard amount for Part B in 2017 (an average of $109/month, versus the standard premium of $134/month) and 2018 (an average of $130/month, versus the standard premium that remained at $134/month). By 2019, CMS estimated that only about 3.5% of Medicare beneficiaries were still paying a lower-than-standard amount for Part B, as COLAs had caught up with standard Part B premium increases by that point.  amount in 2019, as their Social Security COLAs weren’t large enough to cover the full increase. By 2020, virtually all non-high-income Part B enrollees were paying the standard premium for Part B.

This income-related monthly adjustment amount (IRMAA) is based on your income tax return from two years ago. That’s the most recent tax return they have on file at the start of the plan year (eg. when the 2023 plan year begins, the most recent tax returns on file are for 2021, so 2021 income is used to determine IRMAAs for 2023). But if a life-change event has reduced your income since then, there’s an appeals process available. You can use it to request that the income-related premium adjustment be changed or eliminated without having to wait for it to reflect on a future tax return.

The income levels for the various brackets changed in 2018, which means that people with unchanged income might have found themselves in a higher Part B premium bracket in 2018, and the adjustment resulted in more enrollees paying the highest premiums. The bracket changes only affected Medicare beneficiaries with income above $107,000 ($214,000 for a married couple), but the premium increases were substantial for people who were bumped into a higher bracket as a result of the changes.

And as noted above, the lower threshold for IRMAA calculations are indexed for inflation starting in 2020, with the income threshold set at $97,000 ($194,000 for a married couple) in 2023. So a person earning $95,000 is no longer subject to the IRMAA surcharge on their Part B and Part D premiums in 2023, even though they would have been subject to the surcharge prior to 2023 (keep in mind that this is based on tax data from two years prior).


What is the Part B deductible?

Medicare enrollees who receive treatment during the year must also pay a Part B deductible, which is decreasing to $226 in 2023 (down from $233 in 2022, but still higher than the $203 deductible that applied in 2021). After the deductible, enrollees also pay 20% of the Medicare-approved amount for care that’s covered under Part B.

But most enrollees have supplemental coverage — from an employer plan, Medicaid, or Medigap — that covers some or all of the out-of-pocket costs that go along with Medicare Part B.

(People who become eligible for Medicare on or after January 1, 2020 are not allowed to purchase Medigap plans C and F, which are the only ones that cover the Part B deductible. But Medigap plans that cover the remaining out-of-pocket costs under Part B continue to be available, and people who were already eligible for Medicare prior to 2020 can keep Medigap Plans C and F, or apply for them if they aren’t already enrolled.)


How do I enroll in Part B?

If you are already receiving Social Security or Railroad Retirement benefits, you will be notified three months prior to your 65th birthday that you are about to become a Part A Medicare enrollee, and that Part B is an option. You’ll receive the Part B card at the same time as the Part A card.

If you choose not to enroll in Part B, you must return the card (which means you’re rejecting Part B coverage; more on that below) or the premium will automatically start to be deducted from your Social Security checks. If you keep the card, Part B coverage kicks in the month you turn 65.

It’s important to note that if you fail to enroll in Part B during your seven-month enrollment period, the program will offer you another opportunity to enroll each succeeding year (January 1 – March 31), with coverage effective the month after you enroll (note that the effective date used to be July 1, but this changed as of 2023, under the BENES Act). The catch? If and when you do eventually enroll in Medicare B, for each year that you were eligible for Part B but turned it down, your monthly premium will be increased by 10%, and the higher rate will be in place for as long as you have Part B.

So if you wait three full years to enroll after your initial enrollment period, you’ll pay premiums that are 30% higher than the normal price, for as long as you have Part B coverage (generally, for life). The penalty does not apply, however, if you delay your Part B enrollment because you have other coverage in place from a current employer or your spouse’s current employer.


Should I delay Part B enrollment?

If you have health insurance through your current employer, or through your spouse’s current employer, you may want to delay enrollment in Part B. You’ll need to check with your employer or HR department to make sure that your employer-sponsored coverage will pick up where Medicare A leaves off, but assuming it does, you may want to delay enrolling in Medicare Part B, since it has a premium.

CMS has a useful fact sheet that can help you determine what parts of Medicare you should choose and when.

This article explains more about what you need to know before making the decision to delay Part B.

Once it’s been more than eight months since your employment ended, the details above about late enrollment in Part B apply. You’ll only be able to sign up for Part B between January 1 and March 31, and late enrollment penalties can be applied to your premium.

This is something to keep in mind if you elect COBRA once your employment ends; if your COBRA runs out in the middle of the year (and you haven’t yet enrolled in Part B) you won’t have access to Part B at that point — you’ll have to wait until the following January – March enrollment period, and depending on how long it’s been since your employment ended, you could also face a late enrollment penalty that will apply to your Part B premium for the rest of your life.

Read more about the ins and outs of delaying enrollment in Part B.


Can I reject Part B altogether?

Medicare Part B is optional. You can choose to skip it altogether and avoid the premiums. But that means you’re on the hook for the full cost of any services that would otherwise be covered under Part B. For healthy enrollees, that might amount to the occasional office visit and nothing more. But if you end up needing extensive outpatient care — such as kidney dialysis, chemotherapy, radiation, physical therapy, etc. — your bills could add up quickly.

As noted above in the discussion about late enrollments, you will have a chance to sign up for Part B each year, regardless of how long you’ve delayed your enrollment. But the late enrollment penalty could become substantial, depending on how long you’ve been without Part B coverage. And if and when you do decide to enroll, you’ll have to wait until the January-March general enrollment period. So going without Part B when you don’t have other coverage from an employer’s plan is an option, but it’s a fairly risky option.