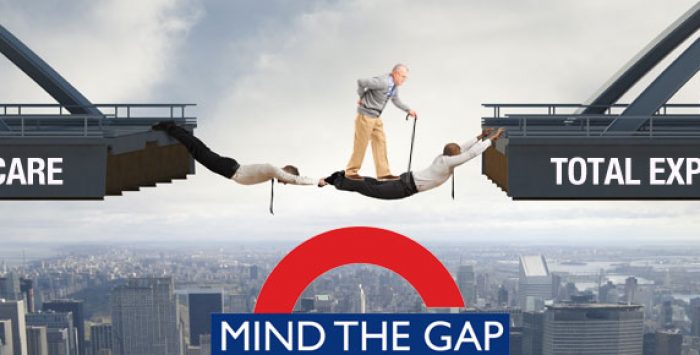 What is Medicare supplement insurance?

Original Medicare enrollees without supplemental coverage will incur a variety of out-of-pocket costs – including coinsurance and deductibles, in addition to any medical expenses incurred during travel outside the United States and its territories.

To cover those expenses, millions of people – more than 40% of all Original Medicare beneficiaries – purchase Medicare Supplement insurance, also known as Medigap. These plans are designed to fill in the gaps in Medicare and limit enrollees’ out-of-pocket exposure.


Where can you buy Medigap coverage?

Medigap policies are available in every state, from private health insurance carriers. America’s Health Insurance Plans (AHIP) reported in 2021 that total Medigap enrollment in late 2021 stood at 14.5 million people – up from 11.6 million in 2014 (overall Medicare enrollment increased by more than 7 million people during that time period).

All Medigap insurers must abide by strict state and federal laws. In most states, Medigap carriers must offer standardized policies that are identified by the letters “A” through “N.” There are a total of ten different plan designs: A, B, C, D, F, G, K, L, M, and N (plus high-deductible versions of plans F and G), and although the price varies from one carrier to another, the plan benefits are the same from one state to another and from one carrier to another, within each letter. (As described below, Plans C and F are no longer available to newly eligible enrollees.) So all plan Ks, for example, offer the same benefits — regardless of where you live or what insurance carrier you use. (Medigap policies in Massachusetts, Minnesota, and Wisconsin are standardized in a different way.)

In some states, not all types of Medigap coverage will be available. In other states, you may be able to purchase Medicare SELECT – a Medigap policy that requires plan holders to use specific hospitals and, in some cases, specific doctors. Any of the ten Medigap plan designs can be offered as a Medicare SELECT plan, and they tend to be less expensive than typical Medigap policies due to the restricted network. If you choose a Medicare SELECT plan and use a provider that’s not in the network, your Medigap plan won’t pick up your Medicare out-of-pocket costs unless it’s an emergency.


Are there gaps in Medigap coverage?

Yes. Medigap plans are designed to cover some or all of the out-of-pocket expenses for services that Medicare covers. But with limited exceptions for care received outside the U.S., they do not cover care that’s not covered at all by Medicare. The list of expenses that Medigap policies don’t cover includes long-term care in a nursing home, vision and dental care, hearing aids, eyeglasses, private-duty nursing care, or prescription drugs. (Medigap plans purchased prior to 2006 were allowed to cover prescriptions, and if you’ve still got one of those plans, you’re allowed to keep it. But Medigap plans sold since 2006 cannot include prescription coverage, as that’s when Medicare Part D became available.)

Finally, Medigap policies are for individuals only – not for couples or families. So if you and your spouse are both eligible for Medicare, you’ll each need to select an individual Medigap plan. (Some carriers offer a discount if both spouses select one of their plans.)


Can new beneficiaries buy Medigap plans that cover the Part B deductible?

There are two Medigap plan designs – Plan F and Plan C – that cover the Medicare Part B deductible. As a result of HR2 (MACRA), which was signed into law in 2015, those plans are no longer available to people who weren’t already eligible for Medicare prior to 2020.

People who were already enrolled in Plan C and Plan F can keep their coverage. And people who were Medicare-eligible prior to the start of 2020 can still apply for Plan C or Plan F. (If they’re outside of their initial enrollment window, carriers will likely use medical underwriting to determine eligibility.)

But people who become eligible for Medicare in 2020 or beyond can no longer purchase Plan C or Plan F. The idea was to eliminate first-dollar coverage under Medigap plans in an effort to prevent over-utilization of healthcare (ie, ensure that enrollees have some “skin in the game” rather than having all of their costs covered by Medicare and supplemental coverage). So people who become eligible for Medicare in 2020 or later can still buy Medigap plans that cover nearly all of their out-of-pocket costs for Medicare-covered services, but they will have to pay the Part B deductible on their own if and when they need outpatient care.

How much do Medigap plans cost?

Although Medigap plans are standardized the same way in nearly every state — meaning that the benefits they provide are the same, regardless of which insurance company offers the plan — the prices vary considerably from one insurer to another. And of course, the prices also vary from one plan level to another, as each plan level provides different benefits (ie, a Plan K will cost less than a plan G, because out-of-pocket costs are much higher under Plan K).

You can see Medigap plan costs in your area by entering your zip code, age, gender, and tobacco status into Medicare’s plan finder tool. But just to give you an idea, Medigap Plan A for a 65-year-old non-smoker tends to range from around $70 or $80 per month to as much as $300/month or more. But in New York, where Medigap premiums don’t vary based on age, Plan A pricing starts at around $150. However, the same premiums would apply to an 85-year-old in New York, whereas an 85-year-old in most states would pay more than a 65-year-old.

Plan G, which is the most comprehensive Medigap policy available to newly-eligible Medicare beneficiaries, tends to have premiums (for a 65-year-old) that start around $110 to $130 per month, and range well above $300 per month, depending on the insurance company that’s offering the plan.

But the high-deductible version of Plan G is much less expensive (because it has a $2,490 deductible that the enrollee has to pay before the plan starts to cover out-of-pocket Medicare costs in 2022), with premiums that can be as low as $30 per month. And Plan K, which splits costs 50/50 with the beneficiary (for most services) until the person’s out-of-pocket reaches $6,620 in 2022, also has premiums that can start as low as about $30/month, depending on the state and the insurance company. Plan L also tends to be less expensive, because it splits costs 75/25 with the beneficiary, up to an out-of-pocket limit of $3,310 in 2022.

How do Medigap insurers set their prices?

The cost of a Medigap policy can vary with each insurance company. There are three ways in which insurers set Medigap rates:

Be aware that Medigap plans in most states are only guaranteed issue during the six-month window that starts the month you turn 65 (or when you enroll in Medicare Part B, which might be after you turn 65 if you still had employer-sponsored coverage), and during limited special enrollment periods. There’s no annual open enrollment period like there is for Medicare Advantage, Medicare D, and Original Medicare.


How can I pay less for Medigap coverage?

Make sure you enroll as soon as you’re eligible, in order to get coverage that’s guaranteed issue with no premium rate-ups based on your medical history.

Some Medigap carriers offer discounts that might apply to you. Some insurers offer discounts for women, non-smokers, married people, and for paying annually. States also offer a health insurance assistance program, providing up-to-date Medigap insurance information and a list of qualified private insurers. Check our state pages to find your state’s assistance program.

Is there a best time to purchase a Medigap policy?

The best window of time in which to buy a Medigap policy begins on the first day of the month in which you’re at least 65 and enrolled in Medicare A and B (you have to be enrolled in both Medicare A and B in order to get a Medigap plan). This is the start of your initial enrollment period, and it lasts for six months. Under federal rules, Medigap coverage in every state is guaranteed during this window.

If you’re eligible for Medicare because of a disability, the majority of the states offer at least some sort of guaranteed issue enrollment periods for those under 65. (In many cases the coverage is more expensive for those under 65. You can click on your state on this map to see how the rules work.) So it pays to research your state’s health care regulations. (Contact your state SHIP office or Department of Insurance for more details).

Check with your state SHIP or your state’s Department of Insurance for more information about state-based regulations regarding Medigap.


Will I have to wait for my Medigap policy to take effect?

For more information about Medigap, read Choosing a Medigap Policy: A Guide to Health Insurance for People with Medicare.