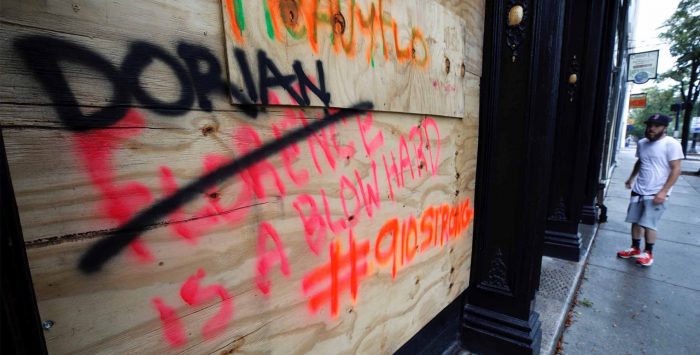 Medicare enrollees in certain parts of six states and Puerto Rico are eligible for a special enrollment period (SEP) from CMS, due to severe weather events that impeded Medicare open enrollment by impacting the technology and outreach used during the OEP (which ended December 7).  The SEP applies to people who live in areas in which FEMA declared an emergency or major disaster – or people who relied on the assistance of other people who live in the affected areas. The SEP extends open enrollment until December 31, – or January 31 – depending on the affected location. Some enrollees in the following locations are eligible for Medicare SEPs:

In each of those states, the extended deadline only applies in affected counties.

If you think you may be eligible for a special enrollment period due to a FEMA declared major weather related disaster, call 1-800-MEDICARE anytime, 24 hours a day, 7 days a week to confirm your eligibility, and request enrollment under this special enrollment opportunity.

The U.S. Justice Department filed suit this week against pharmacy chain CVS Health Corp and its Omnicare unit, alleging Omnicare fraudulently billed Medicare for falsely prescribed medications, and illegally dispensed the drugs to tens of thousand of patients in residential facilities. The federal case claims Omnicare would illegally “rollover’ already filled prescriptions and dispense them to seniors and disabled individuals without provider supervision or authorization. CVS denies the claims and will contest the accusations in court.

Beginning January 1, 2020, Medicare beneficiaries will no longer be able to use Social Security number-based identification cards or claim numbers, and will use cards with  Medicare Beneficiary Identifiers (MBIs). This marks an end of a 21-month transition period to the anonymous, randomly generated MBIs, which aim to minimize the possibility of identify theft and fraud for Medicare enrollees. Every Medicare beneficiary has already been assigned a MBI – an 11-character identifier made up of numbers and uppercase letters – which can be found on the new Medicare cards. The MBIs will be required for enrollees to submit claims, change plans, and for hospital admissions. For enrollees who currently have their premiums deducted from Social Security, the transfer over to MBIs will not impact that payment, or any existing Medicare, Medicare Advantage or Part D coverage.

In the Chicago metro area, traditional Medicare maintains a strong percentage of enrollees at 67.8% – the highest among the major U.S. metro areas – due in part to the popularity of Medicare supplement plans in Illinois.

Net premiums earned by Medicare supplement – or Medigap – insurers have risen 55% since 2011, reaching $30 billion in annual premiums, according to a new report. Increased enrollment in the supplement plans – up 45% since 2011 – is attributed to an aging population and the resulting increase in the number of Americans eligible for Medicare. A recent report from America’s Health Insurance Plans (AHIP) also reflects the continued growth in Medigap enrollment nationally, with an estimated 13.5 million Americans covered by the plans in 2017.