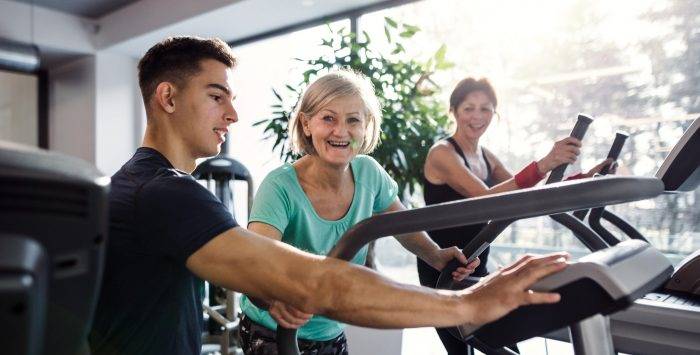 Over 90% of Medicare Advantage plans offering fitness benefits in 2020

As Medicare Advantage plans have increased their supplemental benefits, more enrollees have fitness programs offered through their policies. In 2020, 93 percent of MA plans offered fitness benefits. (In 2019, 72 percent of MA beneficiaries enrolled in a plan with fitness benefits – up from 52 percent in 2010.) But chances are, if you enrolled in Medicare Advantage for 2020, you have a fitness benefit. Typical fitness benefits include low-cost or no-cost memberships to gyms and fitness centers, including programs specifically designed for seniors. Check with your plan to see what fitness opportunities are covered and take advantage of this physical and psychological preventive care benefit.

The Centers for Medicare and Medicaid Services (CMS) is moving forward with a 2021 pilot program that allows beneficiaries to access hospice benefits through their Medicare Advantage (MA) plans. The initiative will allow participating MA insurers to offer beneficiaries all mandated Part A and B hospice benefits through their MA plans (now only available under traditional Medicare), while incorporating supplemental benefits not covered under traditional Medicare (such as additional palliative care, transitional care, as well as other hospice specific benefits). The pilot is part of a continuing CMS program to improve quality of care and cut costs by coordinating services, decreasing paperwork, and eliminating delays in health care access. The pilot seeks to update the current Medicare hospice benefit which has seen increased usage – from 23 percent of beneficiaries in 2000 to more than 50 percent (1.5 million beneficiaries) in 2017 – and a 400 percent growth in spending from 2000 to 2012, totaling $17.9 billion in 2017.

For the approximately 80 million American adults who are at risk for Chronic Kidney Disease a new bill introduced last month in the U.S. House promises to save their lives – as well as taxpayer dollars. The legislation aims to extend Medicare coverage of immunosuppressive drugs – past the current 36-month limit – for patients who have received a kidney transplant. Proponents of the bill cite not only the savings in human lives (particularly for those who forego treatment due to cost of the drugs), but also for taxpayers. Government analysis predicts between $73 million and $300 million would be saved over 10 years by supplying immunosuppressive drugs to patients who would otherwise revert to dialysis or another transplant. Medicare costs are significantly lower for those receiving immunosuppressive drugs – with an average of $3,379 per transplant patient versus $93,000 per patient for dialysis-related costs.

With more people working past the age of 65, renewed legislative interest has risen in clarifying and simplifying the enrollment process – and penalties – for Medicare Part B. Unlike Part A, Medicare Part B coverage is optional. Beneficiaries also have the option to delay enrollment – though they may face significant penalties for this delay when they later enroll.

The confusion over Part B enrollment has been documented by leading advocacy groups, who report that a third of their consumer helpline calls are about Part B enrollment issues, costs, and unexpected late enrollment penalties. If a qualified beneficiary fails to enroll during their initial enrollment period, they face with a permanent late penalty on future monthly premiums – the penalty adds an additional 10 percent to the monthly Part B premium for each 12-month period past their initial open enrollment window.

In 2018, this Part B penalty impacted 760,000 people who paid an average of 28 percent more on their premiums. Recent congressional legislation would require the Social Security Administration to alert beneficiaries (age 60 to 65) about enrollment rules and the potential penalties for late enrollment. The legislation would also overhaul Part B enrollment timelines, expanding outreach and education, reduce gaps in coverage, and create a special enrollment period.

For New York Medigap enrollees, a new state bill would require insurers to alert them of similar products at lower prices – even at other insurers – when they are up for policy renewal. Enrollees who carried coverage the previous six months would be able to make any changes without underwriting for pre-existing conditions. The proposed bill would add to the robust consumer protections for Medigap consumers in New York, which stands alone with Connecticut as the only state to guarantee-issue any time.