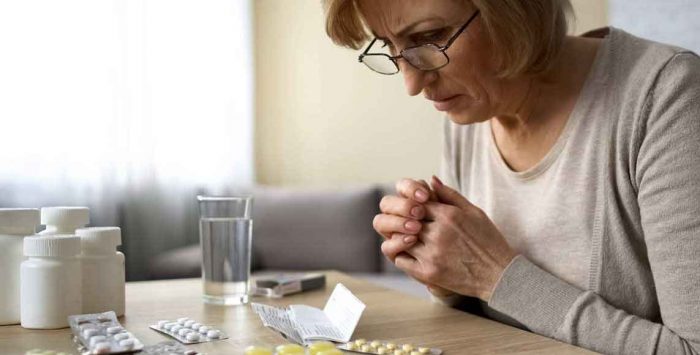 CMS announced Thursday that the average premium for basic Part D coverage will be approximately $30.50 in 2021. | Image: Motortion Films / Shutterstock

Welcome to Medicare Heads Up, a regular round-up to deliver state and national Medicare-related headlines that will keep consumers abreast of developments that affect their coverage and costs. This week:

CMS announced Thursday that the average premium for basic Part D coverage will be approximately $30.50 in 2021. This average rate applies only to basic coverage, and beneficiaries will have higher costs if they enroll in an enhanced Part D plan (which has additional benefits and may have lower cost sharing). And even among basic plans, this is just an average – actual Part D plan pricing varies considerably from one plan to another.

In addition to premiums, CMS released the 2021 Extra Help benchmarks that determine the portion of a beneficiary’s monthly Part D premium paid for by Extra Help. (These rates vary across the U.S.)

Senate coronavirus legislation would eliminate most 2021 Part B premium increases

A provision in coronavirus relief legislation supported by Senate Republicans would eliminate Medicare Part B deductible and premium increases in 2021.

The legislation would also make other changes:

The Senate refused to consider The Health and Economic Recovery Omnibus Emergency Solutions (HEROES) Act when the House passed it in May. That legislation would have required Medicare to cover coronavirus-related treatment without beneficiary cost sharing.

Advocates also are continuing to push for stimulus legislation to include reforms to Medicare Part B enrollment rules, including a broader Special Enrollment Period (SEP) for those who miss their initial enrollment window.

Two advocacy groups have expressed concern that legislation could be included in the Senate coronavirus stimulus package that would lead to Social Security and Medicare benefit cuts.

Proponents of the Time to Rescue United States’ Trusts (TRUST) Act are billing the legislation as a deficit relief bill, but AARP and the advocacy group Social Security Works say the legislation could cause reductions in benefits. The TRUST Act would create Congressional workgroups called “Rescue Committees” to recommend changes that boost the financial outlook for Social Security and Medicare. Those proposals would receive expedited consideration in the House and Senate.

The workgroups may recommend raising the Social Security retirement age or limiting benefits, according to Nancy Altman, the president of Social Security Works. AARP also opposes the legislation, calling it “a bill that is unrelated to the crisis and that wrongly targets Social Security and Medicare to reduce deficits.”

The Senate legislation is cosponsored by eight Republicans and three Democrats. Companion legislation has been introduced in the House. Changes to Medicare or Social Security eligibility would require 60 votes to pass the Senate – and are unlikely to pass the Democrat-controlled House.

The Center for a Responsible Federal Budget (CRFB) is predicting Medicare’s hospital insurance trust fund for Part A benefits will be exhausted in 2023 – three years earlier than the Congressional Budget Office (CBO) estimated prior to the coronavirus.

Complicating matters, insolvency could occur even sooner if Congress decides to waive the requirement that hospitals and doctors repay Medicare’s advance payments from the Accelerated and Advanced Payment (AAP) program.

Medicare Part A is financed primarily by payroll tax receipts, which have decreased significantly due to coronavirus-related layoffs. CRFB predicts Congress will need to increase taxes in order to avoid reductions in benefits.

Previously planned Medicare Part A benefit reductions led some medical providers to predict that Medicare beneficiaries would eventually struggle to access care had the reductions been enacted.

CRFB also predicted that coronavirus-related deficits will cause Social Security’s retirement trust fund to exhaust its reserves in 2031 – one year sooner than CBO predicted before the coronavirus crisis.