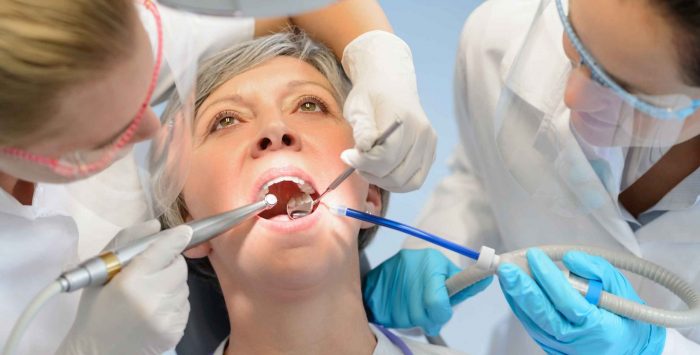 The House of Representatives has passed legislation that – if passed into law – would expand Medicare benefits to include dental, vision, and hearing coverage.

Consumer advocates  – including the American Medical Association – are raising concerns over the accuracy and transparency of Medicare Advantage plans and calling for streamlining of tools that consumers use to compare plans. A recent resolution by the AMA directly calls for protection of “seniors from Medicare Advantage plans,” and cites concerns over transparency in advertising, marketing practices, and the potential for higher lifetime costs for beneficiaries – especially if enrollees fall ill or attempt to leave Medicare Advantage for traditional Medicare. Given the soaring popularity of Advantage plans with the public – boosted by aggressive advertising and enticements such as “free premiums” – enrollment has grown from 5.3 million to over 22 million members since 2004. In 2019, Advantage enrollment comprised 34 percent of all eligible Medicare beneficiaries.

When Medicare open enrollment ended December 7, there were already warnings that consumers may have enrolled in the wrong plans, due to inaccuracies on the revamped CMS Plan Finder website. Although CMS already has methods for enrollees to be eligible for a special enrollment exemption period, the growing backlash against the Plan Finder website has opened the door to a possible extension, although none has been set yet. A CMS statement to Kaiser Health News suggested that beneficiaries would be offered the option to change plans in 2020 if they chose the wrong plan due to Plan Finder misinformation – although no specific instructions or further information on any special accommodations for Plan Finder errors have been outlined yet.

The House of Representatives this week passed legislation expanding Medicare benefits to include dental, vision, and hearing coverage (although the future of the bill is bleak with Senate Republicans opposed and the Trump administration threatening a veto). The addition of expanded Medicare benefits would plug a longtime gap in coverage, particularly for dental care, where preventive services have never been covered. Advocates for dental coverage point to data indicating oral health is integral to overall wellbeing and in preventing the growth of chronic conditions. Currently 65 percent of Medicare beneficiaries have no dental coverage, and barely half visited a dentist in the past year. This is particularly problematic for seniors whose oral health woes (often exacerbated by medication induced dry mouth) can evolve into difficulty eating, and increased emergency room visits for dental related conditions.

If you switched your Medicare Advantage coverage during open enrollment and feel that you chose the wrong plan, you may be able to get a “do-over.” The first step is to identify the problem with your plan selection, and locate a replacement plan that meets your needs for premiums, copays and deductibles, in-network providers, and pharmacies. Then, call 1-800-MEDICARE and discuss your situation with a customer service agent. For some enrollees, you can qualify for a special enrollment period if you meet one of the listed CMS criteria. For those who need to change plans due to an issue with the new Plan Finder website, CMS has promised to help beneficiaries who believe they made a wrong selection.

As more Medicare Advantage plans offer supplemental benefits, the options for those with serious and chronic conditions is taking shape – as plans offering palliative care grew four-fold from 15 in 2019 to 61 in 2020. These targeted supplemental benefits are designed for those grappling with heart failure, dementia, diabetes, and stroke by offering coverage of adult day care, palliative care, non-opioid pain management, in-home support services, and caregiver support. For those who need palliative care supplemental benefits, options could expand significantly in 2021, when a new Medicare reimbursement pilot would allow for Medicare Advantage hospice benefits (under current rules, Medicare Advantage enrollees who need hospice benefits receive that portion of their coverage via Original Medicare).

An Inspector General report found $6.7 billion in overcharges by Medicare Advantage insurance agencies in 2017. The report did not list any insurers specifically, but it did state the overcharges happened when Medicare Advantage beneficiaries were diagnosed with conditions – or upgraded severity of conditions – even though no evidence or treatment of those conditions existed. This included 99.3% of patient charts reporting diabetes, cardiovascular disease and other chronic conditions, without any clinical backup, or a “single record of service to the beneficiary.” The report concludes the need for heightened auditing and scrutiny to ensure reported conditions and procedures match actual clinical services. A response from CMS to the Inspector General’s report concurred with the conclusions of stricter controls, but disagreed with the $6.7 billion as too high.

If approved, a proposed bill in Wisconsin would make it the ninth state to allow Medigap enrollees an opportunity to change to a different Medigap plan, without medical underwriting, after their initial enrollment window ends (the Wisconsin legislation would only allow guaranteed access to a Medigap plan with equal or lesser benefits). For many traditional Medicare beneficiaries, supplemental policies such as Medigap are a lifeline to cover out-of-pocket expenses such as coinsurance and copays. But in 42 states, Medigap applications can be rejected based on medical history after the beneficiary’s initial enrollment period ends, making plan changes unattainable to many consumers.