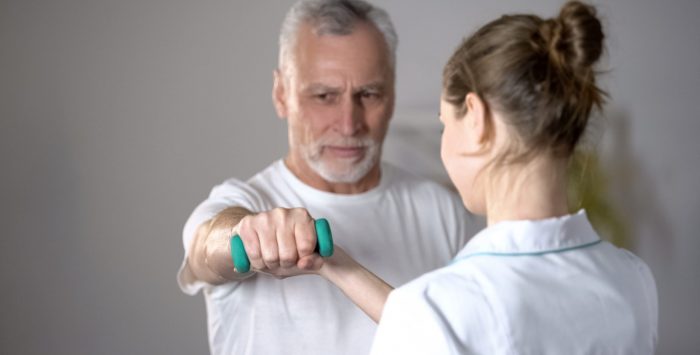 Medicare Part B provides coverage for outpatient cardiac rehabilitation, only a fraction of eligible enrollees are taking advantage of the coverage, according to new research from the American Heart Association. | Image: Shutterstock

Some Medicare Part D enrollees find themselves without coverage

In the weeks following the close of the Medicare open enrollment period, consumers in some states discovered that their enrollment application for Part D plans hadn’t been processed. Senior Health Insurance Information Program (SHIP) counselors – who often assist enrollees in the enrollment process – reported the situation in several states. Alicia Jones, SHIP Administrator in Nebraska, says SHIP advisors suspect the problem has to do with technical errors on the application portals of certain insurers, or with human error. The exact cause and the number of those impacted is yet unknown. SHIP counselors are advising consumers who enrolled during OEP to double-check that their completed applications have been received by their insurer, particularly if no confirmation number was sent. “If a person has been affected, I would encourage them to reach out to their local SHIP for assistance,” Jones says. “We can work with Medicare to get the issue resolved.”

Although Medicare Part B provides coverage for outpatient cardiac rehabilitation, only a fraction of eligible enrollees are taking advantage of the coverage, according to new research from the American Heart Association. Analysis of data from 2016 revealed that of more than 366,000 Medicare Part B beneficiaries who were eligible to receive outpatient cardiac rehabilitation, only 25 percent utilized the benefit – and only 27 percent of those completed the full 36-session treatment course. For those recovering from heart attacks, surgery, and other acute heart events, skipping cardiac rehabilitation can directly impact short- and long-term health outcomes. The reasons for the low participation rates by Medicare enrollees range from a lack of awareness and no standardized referral process, to patient barriers such as time, transportation, and financial resources. In 2019, legislation was introduced in the U.S. House which, if passed, would expand referrals (allowing nurse practitioners and physician assistants to make them), as well as expedite wait times to rehab for Medicare beneficiaries.  This push for increased usage is bolstered by advocacy groups such as the American Heart Association, which promotes access to home-based cardiac rehab services.

Long-term care remains the largest out-of-pocket (OOP) expense for Medicare beneficiaries, and the percentage of those OOP dollars almost doubled (18% to 32%) between 2010 and 2016, according to a Kaiser Family Foundation analysis. The increase in long-term care costs was matched only by increased OOP on prescriptions – up from 11 percent in 2010 to 21 percent in 2016. The drastic increase in OOP dollars spent towards long term care could be due in part to an aging Medicare demographic, and an average long-term care facility cost of $92,000 a year. Currently, long-term care costs are covered by private insurance, out-of-pocket payments made by beneficiaries, or Medicaid. The majority of nursing home residents are covered by Medicaid, but Medicaid eligibility rules vary from state to state, and in most cases, enrollees must spend down their assets to less than $2,000 in order to qualify.

From 2018 to 2019, Programs of All-Inclusive Care for the Elderly (PACE) enrollment grew by 55%. The PACE program provides low-income seniors nursing-home-level coordinated care in a community setting – including meals, prescription benefits, and adult day care among other services. The initiative not only seeks to cut costs and keep enrollees in their communities, but also to reduce costly admissions to hospitals and residential facilities. As a Medicare benefit, PACE is available nationally – but is currently only available in 31 states through a joint Medicaid partnership. (90% of PACE participants have dual-eligibility). Nationally, more than 50,000 enrollees utilize PACE programs at 260 community-based centers – a number expected to grow as demographic shifts increase the number of low-income seniors in need of comprehensive long-term care. To see if a PACE program is available in your area, check here, or call your local Medicare office.

Under current laws, Americans over 65 on a workplace COBRA plan can face a lifetime of penalties – and even uncovered medical bills – when they transition to Medicare, even if their COBRA plan is identical to their employer-based insurance. Currently, those enrolled under COBRA do not receive a special enrollment period to transition to Medicare after their initial enrollment window closes, and are subject to late-enrollment penalties and other liabilities for missing their Medicare enrollment window. COBRA is not considered creditable coverage when a person transitions from it to Medicare Part B, whereas in most cases, the exact same coverage is considered creditable (and thus protects enrollees from late enrollment penalties) if the person was enrolled as a current employee or the spouse of a current employee. To remedy the COBRA-to-Medicare gap, legislation introduced in 2019 would eliminate the penalties, providing the same exemptions and protections individuals have when converting from standard employer-based insurance plans to Medicare. (Don’t hesitate to let your representative know your feelings about the legislation.)

Jesse Migneault is a journalist and editor who has written about business, government and healthcare – including public and private-payer health insurance. His articles have appeared in HealthPayerIntelligence, the Hartford Courant, Portsmouth Herald, Seacoastonline.com, Foster’s Daily Democrat, and York County Coast Star.
In addition, his work has been cited by health industry stakeholders such as the Eugene S. Farley Health Policy Center, Association of Healthcare Journalists, American Academy of Actuaries, Kaiser Permanente, blueEHR, San Diego Law Review, Medicare Agent News, healthjournalism.org, and Concierge Medicine among others.