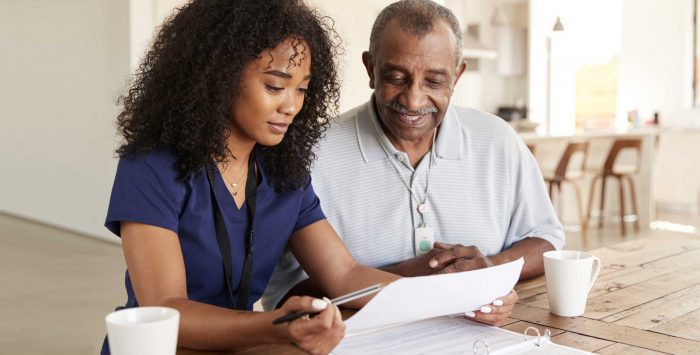 Congress may include Medicare enrollment rules changes in coronavirus relief legislation the Senate may consider when it returns from its recess next week.

A group of ten former CMS administrators from Democratic and Republican administrations asked Congress to pass the changes, known as the Beneficiary Enrollment Notification and Eligibility Simplification (BENES) Act (S. 1280 / H.R. 2477) last week. The changes would shorten delays in effective dates and allow penalties to be waived for beneficiaries who make errors when enrolling in Medicare.

An increasing number of Americans are qualifying for Medicare at age 65 before they begin to collect Social Security benefits, and under current rules, this means they aren’t informed that they need to enroll in Medicare Part B unless they have insurance through a current job. Individuals who decline Part B and don’t have job-based coverage frequently end up with delayed medical coverage and late enrollment penalties once they do enroll.

The BENES Act would improve this situation for beneficiaries, by requiring the federal government to notify Americans about Medicare enrollment rules as they approach age 65. It would also align Medicare Part A and B enrollment periods with the existing open enrollment period for Medicare Advantage and Part D, and create a special enrollment period allowing people with COBRA to enroll in Part B.

A task force created by Democratic presidential candidate Joe Biden and his former rival, Sen. Bernie Sanders, has released a set of policy proposals for the Democratic Party Convention platform that includes lowering the Medicare eligibility age from 65 to 60 years old.

Biden’s campaign is expected to adopt some of these positions as it courts younger and more liberal voters. The former Vice President first announced his support for lowering the age Americans qualify for Medicare in April.

The task force also proposed creating a public option health plan administered by the Original Medicare program as an alternative to private marketplace coverage. Americans ages 60 to 65 could choose between Medicare and the public option, which would be empowered to set prices the way Medicare does.

Although Biden previously supported a public option, this is the first proposal to specify it would be administered by Medicare.

On July 1, Rep. Bill Cassidy (R-LA) and Sen. Thomas Carper (D-DE) sent a letter to Centers for Medicare and Medicaid Services (CMS) Administrator Seema Verma asking for Medicare Part D to begin covering anti-obesity medications, and for Medicare Part B to cover obesity counseling in more circumstances. Obesity is a risk factor for serious COVID disease, and severe obesity causes a 3.6 percent increase in the likelihood a COVID patient will need care such as mechanical ventilation, according to the letter.

The legislators are cosponsors of the Treat and Reduce Obesity Act (S.595), which would permit Part D plans to cover drug treatments for weight management, and allow more types of providers to offer IBT. But that legislation hasn’t come up for a vote since being introduced in 2013, and Cassidy and Carper’s letter argues CMS could also make the changes administratively.

Legislation introduced in the U.S. House of Representatives would decrease delays in ordering home health benefits due to the coronavirus by temporarily allowing providers to order those benefits after seeing patients virtually. Physicians presently have to see a patient in-person before ordering home health.

Eleven Democratic Representatives have cosponsored the legislation, which has been referred to the House Ways and Means and Energy and Commerce Committees. Neither committee has held a hearing.

Over half of ACOs offered home visits before COVID

A survey of 163 Accountable Care Organizations (ACO) around the U.S. found that as of late 2019, just over half of ACOs allowed beneficiaries to receive home-based care visits, and an additional 17 percent were planning to implement a home-based visit program in the near future. Home-based care providers initially struggled to partner with ACOs, but the survey data shows this trend is changing.

ACOs are partnerships of healthcare providers and insurers that work together to improve beneficiaries’ health and lower treatment costs. These partnerships began as an alternative to managed care in the Medicare program, but have expanded to include enrollees with private insurance and Medicaid.

Unlike similar legislation passed in several other states, Indiana’s law does not limit premiums for disabled beneficiaries, which means they might not be affordable for policyholders.

Indiana previously had not offered additional protections to individuals who are Medicare-eligible due to a disability. Because federal law does not require insurers to sell Medigap plans to Medicare beneficiaries under age 65, disabled beneficiaries in states without Medigap protections frequently have to enroll in Medicare Advantage for supplemental coverage.

Under the law, disabled Medicare beneficiaries will have a six-month open enrollment period, during which they can enroll in Medigap. That period normally begins when a beneficiary is enrolled in Part B or are determined retroactively eligible for it, but it started July 1, 2020 for beneficiaries who already have Part B coverage.