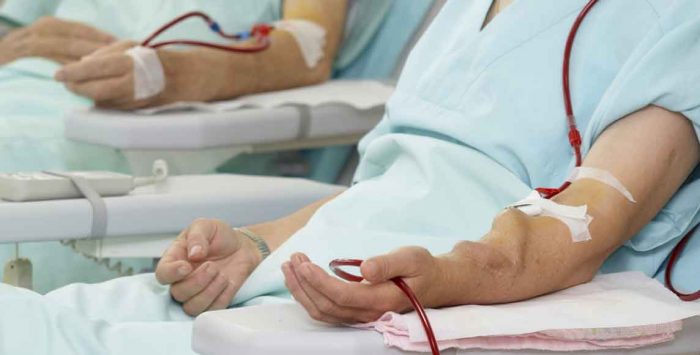 States can create their own rules to ensure that disabled Medicare beneficiaries under age 65 are able to enroll in supplemental coverage, and the majority of the states have done so. | Image: picsfive / stock.adobe.com

For Americans who become eligible for Medicare upon turning 65, enrollment in Medigap plans is guaranteed during a six-month federally mandated enrollment period. During this time, all available Medigap plans are guaranteed-issue, regardless of medical history.

But for about one out of every six Americans enrolled in Medicare, eligibility for Medicare is triggered by disability or by a diagnosis of ALS or end-stage renal disease (ESRD, aka kidney failure), rather than age – and there are no federal rules guaranteeing access to Medigap plans for these enrollees. Legislators have introduced federal bills to mandate guaranteed access – among them, HR1394, in 2019 – but these bills have thus far stalled.

Efforts to guarantee access to Medigap vary by state

States, meanwhile can create their own rules to ensure that disabled Medicare beneficiaries under age 65 are able to enroll in supplemental coverage, and the majority of the states have done so. But the solutions vary considerably from one state to another – ranging from access to a state-run high-risk pool all the way to a requirement that all Medigap plans be guaranteed issue with premiums that don’t exceed the rates charged to a 65-year-old.

And this is an issue that at least a few state legislatures consider each year; Idaho, Indiana, and Virginia are recent examples of states where at least some Medigap plans have been made available to beneficiaries under age 65 due to legislation enacted in recent years.

You can click on a state on this map to see details about under-65 Medigap regulations. But here’s an at-a-glance overview:

These states have not enacted any provisions to ensure access to supplemental coverage for Medicare beneficiaries who are under age 65, and there do not appear to be any guaranteed-issue plans available for this population:

12 states and DC have no coverage requirement for insurers, but some coverage is available

A note about high-risk pools: Before the Affordable Care Act did away with medical underwriting in the individual major medical insurance market, the majority of the states had high-risk pools that served as coverage of last resort for people with pre-existing conditions who didn’t have access to employer-sponsored health coverage. Many of them also offered Medicare supplement coverage for people under age 65 who weren’t able to enroll in private Medigap plans.

High-risk pool coverage is no longer necessary for people who aren’t Medicare-eligible, as individual major medical plans are now guaranteed-issue. But the ACA did not change anything about medical underwriting in the Medigap market. So several states that don’t have specific guaranteed-issue requirements for their Medigap plans have opted to keep their high-risk pools functional in order to serve this population.

Some of these high-risk pools are currently only open to Medicare beneficiaries who need supplemental coverage, although some continue to also offer coverage for people who don’t have other individual market (non-Medicare) coverage. New Mexico’s high-risk pool is an example of one that continues to offer coverage in both markets, with lower premiums for those who only need coverage to supplement Medicare.

In these states, insurers are required to offer some – but not all – of their Medigap plans to people under 65. State regulations vary in terms of the specific plans that have to be offered and whether the insurer can charge higher premiums for under-65 enrollees:

11 states make all plans guaranteed-issue, but under-65 premiums can be much higher

These states require Medigap insurers to offer all of their plans to any newly-eligible Medicare beneficiary, regardless of age. But insurers are allowed to charge significantly higher premiums when an enrollee is under age 65:

12 states make all plans guaranteed-issue, include restrictions on premiums

In these states, Medigap insurers have to make all of their plans available to all newly-eligible Medicare beneficiaries, regardless of age. And there are rating restrictions that either prevent insurers from charging higher premiums for enrollees under age 65, or limit the additional premiums that can apply to this population: