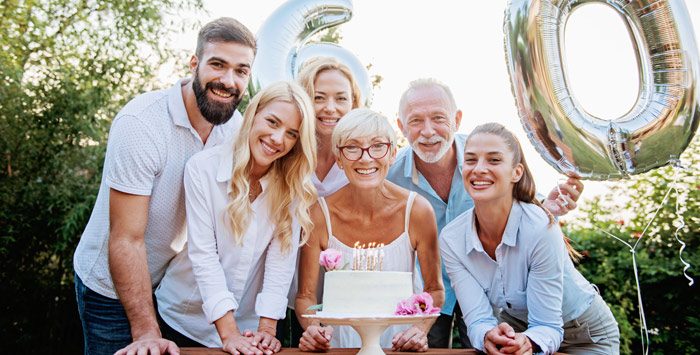 The Improving Medicare Coverage Act makes all Medicare enrollees with income below 200 percent of the Federal Poverty Level eligible for a new Medicare Cost Assistance Program that would zero out premiums, coinsurance and deductibles for Medicare Parts A and B. | Image: Tijana / stock.adobe.com

During the 2020 presidential campaign, then-Candidate Joe Biden proposed lowering the Medicare eligibility age to 60. Early this month, Rep. Pramila Jayapal introduced a bill, the Improving Medicare Coverage Act, to do just that – and do it simply and cleanly, with Medicare offered on the same terms at age 60 as it is now at age 65. The expanded eligibility would kick in six months after the bill becomes law. The bill is cosponsored by 130 House Democrats.

Passage of this bill would be a boon to many of the 21 million Americans between the ages of 60 and 64, particularly the roughly 1.6 million who are uninsured. That probably won’t happen: as Democrats wrestle to decide which of their many policy goals can be included in the omnibus Built Back Better bill they hope to pass this fall, dropping the eligibility age appears to be low on the priority list. But Jayapal is a savvy legislator, and her Improving Medicare Affordability Act also makes Medicare much more affordable for lower income enrollees of all ages. It’s not inconceivable that some version of these reforms may become law.

The Improving Medicare Coverage Act makes all Medicare enrollees with income below 200 percent of the Federal Poverty Level ($25,760 for an individual, $34,840 for a couple) eligible for a new Medicare Cost Assistance Program that would zero out premiums, coinsurance and deductibles for Medicare Parts A (hospital)  and Part B (physician and outpatient). For enrollees with income up to 200% FPL, the “MCAP” would also cover the full premium for Part D prescription drug coverage and reduce prescription copays to just $1.30 for generic drugs and $4.00 for name brand drugs.  Those small copays would be the only costs remaining to qualifying Medicare enrollees for all services currently covered by Medicare.

The Medicare Cost Assistance benefits in Jayapal’s bill are equivalent to those currently offered in the Qualified Medicare Beneficiary (QMB) program, which pays enrollees’ Medicare Part A and B costs in full. The QMB program, the strongest of a hodgepodge of four Medicare Savings Programs (MSPs) available to enrollees with low incomes and negligible assets, has a current income eligibility limit of $1,094 per month for an individual and $1,472 for couples, along with asset limits of $7,970 for an individual and $11,960 for couples (raised by some states).  Jayapal’s bill would roughly double the income limits, to about $2,147/month for an individual and $2,903 for a couple – and, importantly, void the asset limits. The Affordable Care Act’s Medicaid expansion similarly eliminated asset limits on eligibility, while raising income limits to 138% FPL for adults.

The bill would also move administration of these benefits from state Medicaid programs to Medicare, with the federal government assuming 100% of costs now shared with states.  At present, low-income Medicare enrollees seeking help with Medicare’s substantial costs must navigate a bewildering array of MSPs and/or state Medicaid programs, often with onerous application forms and processes, to obtain full or partial “dual eligibility” for Medicaid and Medicare. Jayapal’s bill would create a single simplified application and fund an outreach program to make qualifying enrollees aware of the available benefit.

Who would benefit from Medicare Cost Assistance?

According to the Kaiser Family Foundation (a.k.a KFF), while  6.9 million Medicare enrollees (12.3% of all enrollees) have incomes below 100% FPL, many more – 11.0 million (19.5%) – have incomes in the 100-200% FPL range.   Some enrollees in the 100-200% FPL range do obtain partial or full dual eligibility, but most don’t.  For lower income enrollees who don’t obtain dual eligibility, Medicare premiums and out-of-pocket cost exposure impose a substantial burden – and dilemma.

Medicare enrollees who lack dual eligibility pay a minimum of $148.50  per month (the Part B premium for all but the wealthiest 5% of the population) for full coverage. The Part B premium can be the only premium the enrollee pays via private Medicare Advantage plans that include Part D prescription drug coverage at no additional premium. According to KFF, almost two thirds (65%) of 26 million Medicare Advantage enrollees are in such plans, which also may include some measure of dental, vision and hearing coverage, along with other extras, such as gym memberships. The tradeoff is a limited provider network – and networks are often narrow in MA plans that charge no additional premium.

Perhaps the most valuable extra benefit provided by Medicare Advantage plans is a yearly cap on out-of-pocket (OOP) costs, which averages $5,091 for in-network services, and $9,208 for combined in-network and out-of-network services (the highest allowable caps are $7550 for in-network and $11,300 for OON). Conversely, the most glaring weakness in traditional, fee-for-service (FFS) Medicare is the lack of an OOP cap (while the primary advantage over MA is a nearly unlimited choice of providers).

While most FFS Medicare enrollees plug that hole with a Medigap policy, MA plans provide the only means to cap costs for those who are not dual eligibles but find Medigap coverage unaffordable. Medigap premiums, added to Medicare premiums for Parts B and D, generally sum up to $220-400 per month per person.  Jayapal’s bill might change that equation for many Medicare enrollees who feel they cannot afford Medigap (or whose former employers don’t fund it, or an employer-sponsored equivalent).

The OOP caps in MA plans do not cap prescription drug costs, however. In all Part D plans, enrollees who reach the catastrophic phase of coverage after spending $6,550 out-of-pocket remain responsible for 5% of remaining costs.  The only enrollees not subject to these potentially very high costs are low income enrollees who qualify for Extra Help.

From the standpoint of 60- to 64-year-olds rendered newly eligible for this bill, improving affordability at incomes under 200% FPL is a virtual prerequisite, because in the ACA marketplace as enhanced last March by the American Rescue Plan, coverage below that income threshold is much less expensive than Medicare, and also more comprehensive. In the ACA marketplace, benchmark Silver coverage with strong Cost Sharing Reduction (CSR) is now free at incomes up to 150% FPL and costs no more than 2% income for those with income above 150% FPL but below 200% FPL (maxing out at about $43 per month for an individual). The annual out-of-pocket maximum for silver plan enrollees with income below 200% FPL  is also lower in the marketplace than in Medicare Advantage plans, topping out at $2,850 and usually pegged lower than that. In marketplace plans, moreover, the OOP cap includes prescription drug costs – in marked contrast to Medicare.

The tradeoff, once again, is that marketplace plans tend to have narrow provider networks. Jayapal’s bill would not only make Medicare at incomes below 200% FPL even cheaper than marketplace coverage – it would also offer an all-but-unlimited choice of providers to those who choose to stay in traditional Medicare as opposed to Medicare Advantage.  To compete with Jayapal’s MCAP for low income enrollees, MA plans might have to enrich the extra benefits they offer, such as dental, hearing and vision coverage. While many MA plans do offer some type of coverage in these categories, it is often quite limited.

Also at risk from a reduction of the Medicare eligibility age to 60, absent reforms like Jayapal’s, are some of the roughly 3 million Medicaid enrollees in the 60-64 age group. In the 39 states (including D.C.) that have enacted the Affordable Care Act’s Medicaid expansion, adults with incomes up to 138% FPL are eligible for Medicaid. The eligibility thresholds for dual eligibility after age 65 are lower than that, and include asset tests. At present, a significant number of Medicaid enrollees lose Medicaid eligibility at age 65, at which point they are faced with Medicare premiums and out-of-pocket costs. That “Medicaid cliff” would move down to age 60 absent Jayapal’s cost assistance program, or some version of it.

Somewhat more than half (56%) of the 21 million Americans aged 60-64 are insured through their employers, according to KFF. If Medicare eligibility began at age 60, how many of them would switch coverage, and how many would retire? That’s difficult to determine, and depends in part on income level. If Jayapal’s bill were to pass “as is,” Medicare coverage at low incomes would be superior to almost any employer-sponsored plan. At incomes above 200% FPL, Medicare might be the better option for some employees, and employer-sponsored plans better for others.

Those with expensive drug prescriptions, for example, might do better in employer plans, because drug costs are included in out-of-pocket maximums in those plans, whereas Medicare Part D has no cap on enrollee costs (including Part D coverage that’s integrated with Medicare Advantage). And while the availability of Medicare might make early retirement attractive and viable to some, the still-rising eligibility age for Social Security – currently 66 and two-thirds – would likely deter many others.

Might any part of the Improving Medicare Coverage Act become law?

The broader question is whether any part of Jayapal’s bill might become law any time soon. Democrats in the House and Senate are currently enmeshed in a titanic effort to encompass the myriad social spending priorities laid out in President Biden’s Build Back Better framework within one omnibus bill. Their ambitions are constrained by demands from their most conservative members, such as Senator Joe Manchin of West Virginia, to spend far less than the amount allotted in a budget framework they’ve already passed.  The resulting struggle has been compared to the Hunger Games.

The draft legislation released by the House late last week includes making permanent the subsidy boosts to ACA marketplace plans created on a temporary basis by the American Rescue Plan last March; providing low-cost coverage to low-income people in states that have refused to enact the ACA Medicaid expansion; and adding vision, hearing, and rather limited dental coverage to Medicare. Lowering the Medicare eligibility age, rumored for some time to be low on the priority list, is not included.

But adequately funding new dental, vision and hearing benefits in Medicare might prove a bridge too far, and in the boiling pot of competing initiatives there’s no telling what may become part of the finished soup. That includes improving Medicare for low income enrollees – arguably the more consequential part of Jayapal’s bill – by reducing the burden of out-of-pocket costs among those for whom it’s heaviest.

Andrew Sprung is a freelance writer who blogs about politics and healthcare policy at xpostfactoid. His articles about the Affordable Care Act have appeared in publications including The American Prospect, Health Affairs, The Atlantic, and The New Republic. He is the winner of the National Institute of Health Care Management’s 2016 Digital Media Award. He holds a Ph.D. in English literature from the University of Rochester.