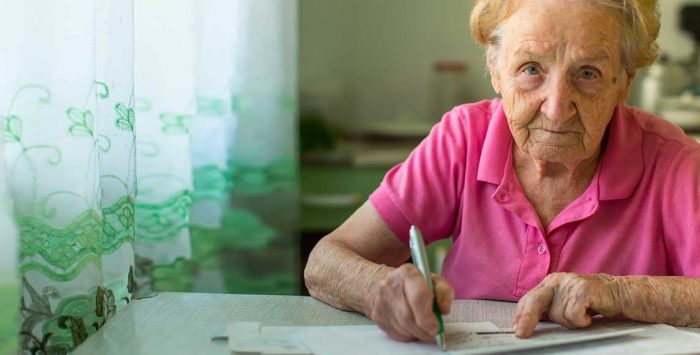 There are three main ways for lower-income Medicare beneficiaries to cover out of-pocket-costs when they can't afford to purchase a Medigap supplemental plan or a Medicare Advantage policy.

One of the most common misconceptions about Medicare is that once you’ve enrolled in the program, you’re automatically assured a safety net that offers comprehensive protection against out-of-pocket medical costs – and that you no longer have to fear high medical bills if you get sick because you’re already covered by Medicare.

Unfortunately, the safety net isn’t nearly that simple for most Medicare beneficiaries – and it’s even more complicated for Americans with lower incomes.

The reality is that the fee-for-service Medicare program (also known as Original Medicare) where most beneficiaries are enrolled has no out-of-pocket cap on beneficiary costs for hospital and medical coverage. That means the vast majority of beneficiaries will need to seek protection from a Medigap supplemental policy or a Medicare Advantage plan.

But for many of the poorest Americans – those who likely benefitted from the Medicaid expansion under the ACA if their state embraced it – buying added protection against Medicare’s out-of-pocket costs also adds costs on top of Medicare premiums, and may fail to truly protect them the way Medicaid coverage would have in a Medicaid expansion state before they turned 65.

For these individuals, it’s critical to apply for the Medicaid and related programs that can provide some protection they otherwise lose at age 65.

There are three main ways for lower-income Medicare beneficiaries to cover out of-pocket-costs when they can’t afford to purchase a Medigap supplemental plan or a Medicare Advantage policy:

Medicaid to the rescue for lower-income enrollees

Medicaid can limit or entirely pay for co-pays and deductibles not covered by Medicare if an individual enrolled in both programs (dual-eligible) sees providers who accept both types of coverage. Medicaid also covers many expenses that Medicare does not cover, including long-term nursing home care and community-based long-term or “custodial” care.

Some Medicaid beneficiaries transition into Medicare and expect to owe little or nothing in out-of-pocket costs, given that Medicaid patients pay as little as $1 – $3 or nothing when accessing health care from the pharmacy or doctor’s office.  But in a stark contrast to Medicaid, the Medicare program is not means-tested, meaning that higher-income members get a robust array of benefits without regard to their wealth, and lower-income members get a relatively paltry offering (based on their unique needs) that can include deductibles in the hundreds of dollars, plus thousands in annual out-of-pocket costs.

While these costs – especially with protection from a Medigap supplemental plan – can seem limited or even trivial for wealthier Medicare members, the lack of means testing on both ends of the income-spectrum and limited assistance for low-income beneficiaries burdens poorer members, who in some cases became accustomed to comprehensive, no- or low-cost Medicaid coverage under the ACA’s coverage expansion (Medicaid expansion under the ACA only applies to people up to the age of 64; Medicaid eligibility rules are different for older Americans).

Often, the only option for people who qualified for expanded Medicaid before turning 65 is to apply for a Medicare Savings Program – also known as Medicare “Buy-In” or Medicare Premium Payment Programs, depending on your state. These programs can pay for some or all of the premium costs for Part B, which is $144.60 per month in 2020 (but Part B premiums tend to increase from year to year).

While far less expensive than marketplace/non-Medicare individual-market premiums – or for that matter employer-sponsored insurance – a small $144.60-per-month charge can be a significant hardship for those living at or near the poverty level (many of whom rely on modest Social Security benefits as their only source of income in retirement or disability). This can mean less money to purchase groceries, pay rent or the mortgage.

Individuals who apply through their Medicaid program for the Medicare Savings Program – and qualify – will also automatically receive Extra Help. The federal benefit that makes Medicare Part D prescription drug coverage effectively free – with minimal copays and no or low premiums (even though the Part D donut hole has closed as of 2020, people who don’t qualify for cost-sharing assistance can still experience substantial out-of-pocket costs prior to reaching the catastrophic coverage level under Medicare Part D).

One of the Medicare Savings Programs – for people at or below the poverty line – will pay Medicare cost sharing or at least protect enrollees from being charged for it. This is known as the Qualified Medicare Beneficiary program but may have a different name in your state.

How to apply, what to expect

It can be necessary to involve an advocacy group if your application is denied, such as a Legal Aid Society in your state.

Individuals seeking Extra Help (with Part D prescription drugs) can apply through the Social Security Administration (SSA). Their wait can be shorter – within two weeks – and applying early can lead to an earlier effective date for Medicare Savings Program benefits if the person is approved by Medicaid for that government coverage as well.

Applying for both programs simultaneously can trigger the federal government to share information about you from your Extra Help application with your state Medicaid agency. That increases the likelihood you will be approved for both needed benefits sooner – and that you will receive all the benefits that can make your Medicare coverage affordable.

Denied applications also may benefit from an advocacy group, such as the Legal Aid Society or your State Health Insurance Associate Program (SHIP).

Barriers in the process

The transition to Medicare upon turning 65 — and leaving expanded (MAGI-based) Medicaid and potentially moving into a Medicare Savings Program – is difficult now for residents of many states.

In fact, when people in many states turn 65 or otherwise qualify for Medicare, they effectively move back into the pre-ACA “dark ages” when Medicaid program applicants sometimes had to bring a “wheelbarrow full” of documentation to their local social services office, and wait through interview processes and hours-long lines, in order to apply and be considered for coverage.

As or more importantly, when someone turns 65, their eligibility for Medicaid generally drops from the expansion group’s income limit of 138 percent of the poverty level, down to an average of 60-80 percent of FPL – that is, about $800 gross income (before taxes) per month or less, for a single person household.

At age 65, asset tests also kick in. (The Affordable Care Act banned Medicaid asset tests for almost all Americans under 65 except those seeking care associated with severe disabilities; Medicaid eligibility for the non-elderly is now based on MAGI instead). The asset tests can be as restrictive as requiring applicants have no more than $2,000 in the bank to qualify.

But the process will get better. As states move to modernize eligibility systems and incorporate all clients and eligibility functionality into a single, modernized technology system that can adapt to changes in the law and regulations, the process for transitioning between Medicaid programs will become more accurate and easier for beneficiaries to navigate. But this Medicaid technology modernization is a years-long, long-term project supported by the federal government, and it is far from complete.

In the meantime, access to reliable benefit and application information and real-time eligibility determinations in the very few states that have modernized eligibility technology for the age 65+ group can – coupled with support from advocate community and beneficiary counseling groups – make a big difference in the health, well being and livelihood of poorer Medicare beneficiaries and their families.