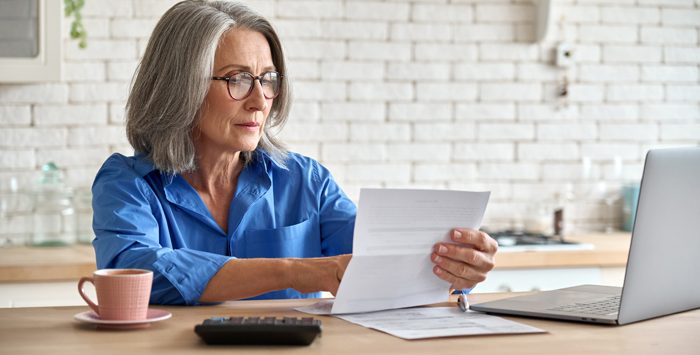 What are Medicare income limits?

Medicare beneficiaries with incomes above a certain threshold are charged higher premiums for Medicare Part B and Part D. The premium surcharge is called an Income-Related Monthly Adjustment Amount, or IRMAA. Here’s our overview of how IRMAA works.

The IRMAA limits are based on income earned two years prior to the coverage year in question, since that’s the last income tax return that the IRS has on file. So a person enrolling in Part D coverage for 2022 would pay an IRMAA surcharge if their 2020 tax return shows an income in the surcharge range (but there’s an appeals process people can use if they have experienced a life change that has reduced their income since then).

Although very few Medicare beneficiaries pay IRMAA surcharges, the effect on premiums is significant for those who do. The standard Part B premium in 2021 is $148.50/month. But for those subject to IRMAA, the Part B premium ranges from $207.90/month to $504.90/month. And for Part D, the IRMAA surcharge amounts to an extra $12.30/month to $77.10/month, in addition to the regular premium for the plan you select.

Why does Medicare impose income limits?

The higher premiums for Part B took effect in 2007, under the Medicare Modernization Act. And for Part D, they took effect in 2011, under the Affordable Care Act. Medicare premiums cover only a small fraction of the cost of providing coverage, and the IRMAA rules were created to ensure that beneficiaries with the means to do so are required to pay a larger share of the cost of their coverage.

Who is affected by the IRMAA surcharges and how does this change over time?

There have been a few recent changes that affect high-income Medicare beneficiaries:

We don’t yet have concrete details from CMS. But the Medicare Trustees Report, which was published in late August, projects that the standard Part B premium will be $158.50/month in 2022. (People subject to IRMAA will pay more).

CMS has projected that the average Part D premium will increase slightly, to $33/month, in 2022. But there is always significant variation in Part D premiums from one plan to another, so there are a wide range of options for enrollees.