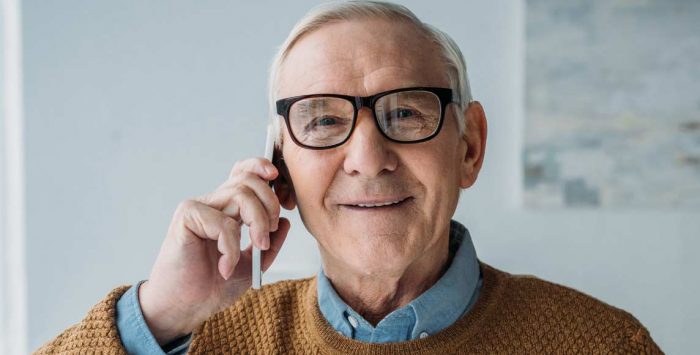 Q: What are the changes to Medicare benefits for 2023?

A: There will be several changes for Medicare enrollees in 2023. Some of them apply to Medicare Advantage and Medicare Part D, which are the plans that beneficiaries can change during the annual fall enrollment period that runs from October 15 to December 7. (Here’s our overview of everything you need to know about the annual enrollment period.)

But there are also changes to Original Medicare cost-sharing and premiums, the high-income brackets, and more.

The standard premium for Medicare Part B is $170.10/month in 2022. And although we won’t know the 2023 premium until November 2022, the Medicare Trustees Report projects that it will remain at $170.10/month. There’s also a possibility that it could decrease, due to Medicare’s lower-than-expected spending on Aduhelm, the new Alzheimer’s drug that drove a significant portion of the Part B rate increase in 2022. (The standard Part B premium increased by nearly $22/month in 2022 — it had been $148.50/month in 2021 — which was the largest dollar increase in the program’s history.)

(If a Social Security recipient’s COLA isn’t enough to cover the full premium increase for Part B, that person’s Part B premium can only increase by the amount of the COLA. That’s because Part B premiums are withheld from Social Security checks, and net checks can’t decline from one year to the next. That was not an issue in 2022, however, due to the size of the COLA, and will not be an issue in 2023 due to the projected large COLA and lack of a Part B rate increase.)

How much will the Part B deductible increase for 2022?

Some enrollees have supplemental coverage that pays their Part B deductible. This includes Medicaid, employer-sponsored plans, and Medigap plans C and F. But since the beginning of 2020, Medigap plans C and F have no longer been available to newly-eligible enrollees (people can keep them if they already have them, and people who were already eligible for Medicare prior to 2020 can continue to purchase them). The ban on the sale of Medigap plans that cover the Part B deductible for new enrollees was part of the Medicare Access and CHIP Reauthorization Act of 2015 (MACRA). It’s an effort to curb utilization by ensuring that enrollees incur some out-of-pocket costs when they receive medical care.

Part A premiums, deductible, and coinsurance


Are Part A premiums increasing in 2023?

Roughly 1% of Medicare Part A enrollees pay premiums; the rest get it for free based on their work history or a spouse’s work history. Part A premiums have trended upwards over time and they increased again for 2022.

Is the Medicare Part A deductible increasing for 2023?

Part A has a deductible that applies to each benefit period (rather than a calendar year deductible like Part B or private insurance plans). The deductible generally increases each year, and is $1,556 in 2022, up from $1,484 in 2021. For 2023, it’s projected to increase to $1,584. The deductible applies to all Part A enrollees, although many enrollees have supplemental coverage that pays all or part of the Part A deductible.

How much is the Medicare Part A coinsurance for 2023?


Can I still buy Medigap Plans C and F?

As a result of the Medicare Access and CHIP Reauthorization Act of 2015 (MACRA), Medigap plans C and F (including the high-deductible Plan F) are no longer available for purchase by people who become newly-eligible for Medicare on or after January 1, 2020. People who became Medicare-eligible prior to 2020 can keep Plan C or F if they already have it, or apply for those plans at a later date, including for 2022 coverage. 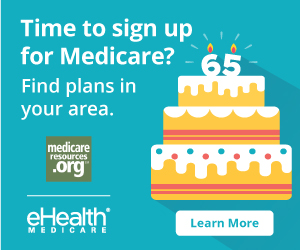 Medigap Plans C and F cover the Part B deductible ($233 in 2021) in full. But other Medigap plans require enrollees to pay the Part B deductible themselves. The idea behind the change is to discourage overutilization of services by ensuring that enrollees have to pay at least something when they receive outpatient care, as opposed to having all costs covered by a combination of Medicare Part B and a Medigap plan.

Will there be inflation adjustments for Medicare beneficiaries in high-income brackets in 2023?

Medicare beneficiaries with high incomes pay more for Part B and Part D. But what exactly does “high income” mean? The high-income brackets were introduced in 2007 for Part B and in 2011 for Part D, and for several years they started at $85,000 ($170,000 for a married couple).

But the income brackets began to be adjusted for inflation as of 2020. For 2022, these thresholds increased to $91,000 for a single person and $182,000 for a married couple (note that this is based on income tax returns from 2020, since those are the most recent tax returns on file when 2022 begins; there’s an appeals process you can use if your income has changed since then).

For 2023, the projection is that the IRMAA brackets will start at an income of $97,000 for a single individual — a significant increase from 2022, driven by the higher-than-normal inflation we’ve seen in 2022.

As part of the Medicare payment solution that Congress enacted in 2015 to solve the “doc fix” problem, new income brackets were created to determine Part B premiums for high-income Medicare enrollees. These new brackets took effect in 2018, bumping some high-income enrollees into higher premium brackets.

And starting in 2019, a new income bracket was added on the high end, further increasing Part B premiums for enrollees with very high incomes. Rather than lumping everyone with income above $160,000 ($320,000 for a married couple) into one bracket at the top of the scale, there’s now a bracket for enrollees with an income of $500,000 or more ($750,000 or more for a married couple).

How are Medicare Advantage premiums changing for 2023?

The average premiums described above account for all Medicare Advantage plans, including those that don’t include Part D coverage. And the overall average is driven down due to the fact that the majority of Advantage enrollees actually have no premiums other than the cost of Part B (ie, they’re in “zero premium” Advantage plans). If we only consider the Advantage premiums for plans that do include Part D and that do have a premium in addition to the cost of Part B, the average premium is quite a bit higher.

Many people with ESRD will still find that Original Medicare plus a Medigap plan and Medicare Part D plan is still the most economical option overall, in terms of the coverage provided. But in some states, people under 65 cannot enroll in guaranteed-issue Medigap plans, or can do so only with exorbitantly high premiums. And some of the states that do protect access to Medigap for most beneficiaries under 65 do not extend those protections to people with ESRD. Without supplemental coverage, there is no cap on out-of-pocket costs under Original Medicare.

Is the Medicare Advantage out-of-pocket maximum changing for 2023?

How is Medicare Part D prescription drug coverage changing for 2023?

The Inflation Reduction Act will also start to benefit Medicare Part D enrollees right away in 2023. Recommended vaccines covered under Part D will no longer have cost-sharing (ie, they’ll be free). And all Part D plans will have to provide all of their covered insulin products with copays of no more than $35/month (this essentially extends the existing optional Senior Savings Model to all Part D plans, including Medicare Advantage plans with integrated Part D coverage).

That amount gradually declined over the next several years, and the donut hole closed one year early — in 2019, instead of 2020 — for brand-name drugs.

The donut hole is still relevant, however, in terms of how drug costs are counted towards reaching the catastrophic coverage threshold, and in terms of who covers the costs of the drugs (ie, the drug manufacturer or the enrollee’s Part D plan). Here’s more about how that all works.