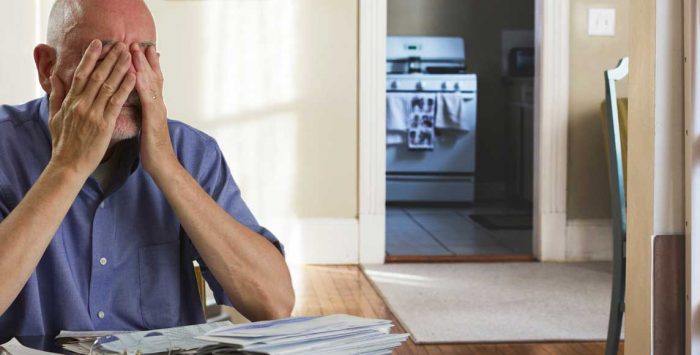 There are two main ways to avoid the Part B late-enrollment penalty and enroll in the right medical coverage at the right time.

Americans can encounter a seemingly unlimited number of problems when enrolling in Medicare. The complexities associated with deciding whether and when to enroll in Medicare Part B are extensive, with treacherous outcomes across the board. Making simple mistakes during the process – even unintentionally or based on bad advice – can result in lifelong penalties and gaps in coverage.

The situation is compounded by the fact that Part B covers many of the services that most people expect in a health plan – more than is contained in any other part of Medicare.


What is the penalty for delaying enrollment in Medicare Part B?

The most important thing to remember about Part B is that while people becoming Medicare-eligible have the option to delay enrollment, those who do postpone enrollment without meeting strict criteria can be subject to delayed enrollment penalties. Those penalties increase an enrollee’s monthly Part B premium by 10 percent for each 12-month period the person could have been enrolled but wasn’t.

For example, the Part B premium in 2020 is $144.60 per month for most people. A person who became eligible for Part B five years ago but delayed their enrollment until this year (without having coverage through their own or a spouse’s current employer during that five-year period) would owe a monthly Part B premium of $144.60 – plus an additional $72 penalty – for a total monthly premium of about $217, assuming the person doesn’t also owe an income-related surcharge. Over the course of a person’s lifetime, this can add up to thousands of dollars in penalties. The penalty, in this case, would be a 50 percent surcharge (10 percent for each of the five years the person was without coverage), and it would remain at that level for as long as the person has Part B. But the dollar amount of the penalty would increase over time, as it’s a percentage of the monthly premium for Part B, and that tends to increase over time.

Moreover, those who miss their initial enrollment window and don’t meet every single requirement for the Special Enrollment Period for Part B generally can only enroll during January to March of each year, with Part B coverage not effective until that July – leaving up to a year or more without primary medical coverage. Let’s say you delay enrollment in Part B and then get seriously ill in a later year in April. Your next opportunity to enroll in Part B would be the following January, with coverage effective in July. That would leave you with 15 months of illness during which you have no access to Part B coverage.

What’s worse, during the same time period, it is generally illegal to sell an individual market policy to anybody with Part A or Part B – and most people locked out of Part B because they didn’t enroll or opted out when they should have taken it, usually have Part A – often without even knowing it (Part A is free for most people). For these reasons and more, it is crucial to correctly navigate the Part B enrollment process.


How can I safely delay Medicare Part B enrollment?

There are two main ways to avoid the Part B late-enrollment penalty and enroll in the right medical coverage at the right time. To safely delay enrolling in Part B, you must have group health coverage through your own or a spouse’s current employer, and have had that coverage – or have had Part B – during the first month you qualified for Medicare. You then must enroll in Part B coverage within the eight months following the last day of the month in which the sooner of these two things happens:

As a reminder, coverage through Medicaid, a retiree plan, COBRA or individual market coverage (such as through HealthCare.gov) will never allow you to safely delay enrollment into Medicare Part B.

Here are Part B enrollment scenarios where people often make mistakes, in order of severity (high to low):

You’re eligible for Medicare but purchase an individual plan

Individual market plans – including those on HealthCare.gov – weren’t designed or intended for use by people who qualify for Medicare – and it’s illegal for someone to knowingly sell you one of these plans if they know you have Medicare. There are exceptions – primarily for recent immigrants who don’t yet qualify for Medicare – but for most Medicare-eligible people, an individual market plan, purchased on or off an exchange, is a bad deal.

[Note that although premium subsidies in the exchange (HealthCare.gov) are not available to anyone who is eligible for premium-free Medicare Part A, people who would have to pay a premium for Medicare Part A are allowed to enroll in an individual market plan through the exchange instead, and can receive income-based premium subsidies. But if they eventually switch to Medicare, they’ll be subject to late enrollment penalties.]

In general, it’s not recommended that you keep an individual market plan in addition to Medicare. Medicare is the primary payer if you also have individual market coverage, and does not coordinate benefits in that situation (the way it would if you had an employer-sponsored plan instead). You also will lose any opportunity to enroll using a special enrollment period for Part B.

The good news is that this particular problem should be limited because of proactive outreach by marketplaces – which must check whether applicants for financial assistance have Medicare Part A before allowing them to proceed – and due to outreach by individual carriers.

You get bitten by COBRA

If you’re eligible for Medicare and then lose your job (or retire) and pick up a COBRA plan instead, you can miss the eight-month special enrollment window during which you can enroll in Part B after the current employment-related job-based coverage ends.

While COBRA can last up to 18 months (or longer in a few cases), the special enrollment period for Part B generally lasts eight months after your job – or job-based coverage – ends (whichever happens first).

What’s more, the COBRA plan can and will recoup what it paid toward your medical bills while you were forking over expensive COBRA premiums, because COBRA plans pay on health care claims only after Medicare does – even if you don’t actually have Medicare.

This means people nearing the end of COBRA may find their COBRA carrier recouping medical bills while they’re simultaneously being locked out of Part B because they missed their initial and special enrollment windows. You’d be locked out of Part B until as late as the following July – and pay a premium penalty for the rest of your life.

You take retiree coverage without taking Part B

This doesn’t happen as often, because most retiree plans – coverage some employers offer to former employees and their spouses – are proactive about telling their members they must take Part B when they first qualify.

But if you don’t take Part B during the eight months after your current employment-based health coverage ends and transitions to retiree coverage, the retiree plan may pay nothing – or it may pay only 20 cents on the dollar. When you do enroll in Part B later on, you could be locked out until the following July, and owe a late enrollment premium penalty for life.

A related situation: you find yourself offered enrollment in a retiree Medicare Advantage plan sponsored by your former employer. If your employer offers one of these, you can’t even enroll in it without first being enrolled in both Part A and Part B. According to a Kaiser Family Foundation analysis, 44 percent of large employers that offer retiree health coverage do so with a Medicare Advantage contract for at least some of their retirees.

You’re still employed … and ‘pass’ on Part B

If you’re eligible for Medicare, but you’re happy with the coverage your employer offers, you may think you don’t need to enroll in Medicare. But people turning 65 who are covered through a job-based health plan from a small employer (generally those with fewer than 20 employees, or fewer than 100 employees for disabled individuals) should enroll in Part B because their employer plan usually pays after Medicare pays – even if the person doesn’t have Medicare (here’s an explanation of how Medicare coordinates with employer-sponsored coverage).

In practice, this means the small-group plan may cover only 20 percent (expecting Medicare Part B to pay 80 percent). This adds up to not much coverage for anything until a person in this situation enrolls.

A decision to ‘pass’ on Medicare Part B enrollment while self-employed or if your employer helps you pay for an individual/marketplace plan can be much worse, because Medicare is always expected to pay before other coverage pays for your care – even if you don’t have Medicare Part B. Whether the individual/marketplace plan pays anything is subject to state law, and even if it does pay something toward your care, you probably won’t qualify for a special enrollment period when you finally decide to sign up for Part B, because only group health plan coverage through your current employer allows you to safely delay Part B enrollment.

If you’re covered by a group health plan and you’ll be aging into Medicare soon, it’s definitely worth your time to talk to your Human Resources department about your transition to Medicare coverage. Here’s what you should ask: