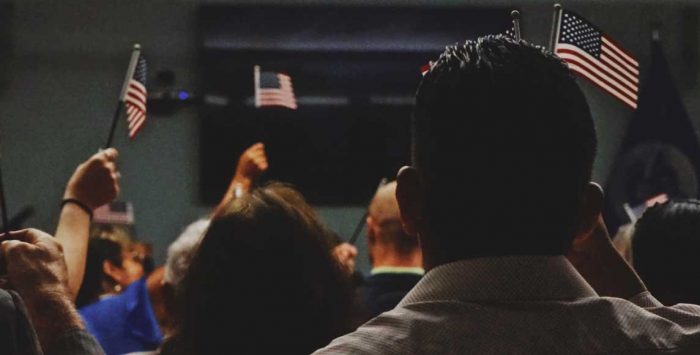 Q: We would like our 80-year-old grandmother to come to the USA and live with us so we can take care of her. How do we get health insurance for her?

A: You’re in luck, thanks to the Affordable Care Act (ACA). And the American Rescue Plan has made coverage even more affordable for 2021 and 2022. You also don’t need to worry about the Trump administration’s immigrant health insurance requirements or changes to the “public charge” rule, as both have been revoked by the Biden administration.

Prior to 2014, there were few options available for someone in your grandmother’s position. Individual health insurance generally wasn’t available to people over age 64, and Medicare and Medicaid have five-year waiting periods for legal immigrants. (A few states have relaxed guidelines when it comes to Medicaid. See below.)

No, I did not make any changes during the MAOEP.
70.5%
Yes, I switched to a different Medicare Advantage plan.
23.1%
Yes, I switched to Original Medicare.
6.4%
See more Medicare Survey results
Seniors were able to purchase travel insurance, but it generally doesn’t cover pre-existing conditions, and new coverage must be purchased periodically when the existing one expires, since they’re sold to cover a limited time frame.

But thanks to the ACA, seniors who aren’t eligible for Medicare – including immigrants – can purchase guaranteed-issue private health insurance in the exchange (marketplace), and can receive income-based premium tax credits to offset the cost if they don’t qualify for certain other government- or employer-sponsored coverage. There is normally an income cap equal to 400% of the poverty level, above which a household would not be eligible for premium subsidies. But the American Rescue Plan has eliminated that income threshold for 2021 and 2022, allowing higher-income households to qualify for subsidies if the benchmark plan would otherwise cost more than 8.5% of the household’s income.

The option to purchase coverage in the exchange with a premium subsidy continues even after the person has been in the U.S. for five years and becomes eligible to purchase Medicare coverage (see questions A.6 and A.8 on this guidance from CMS). People who are eligible for premium-free Medicare Part A (because they have worked in the U.S. for at least 10 years) are NOT eligible to receive premium subsidies in the exchange. But that restriction doesn’t apply to people who would have to pay a monthly premium for Medicare Part A.


How long do immigrants have to wait before they're eligible for Medicare?

If you’re a U.S. citizen or have been a lawfully present U.S. resident for more than five years, you can enroll in Medicare if you’re at least 65 years old or qualify for coverage due to a long-term disability. People who have paid into the Medicare system via payroll taxes – their own or a spouse’s – don’t have to pay a premium for Part A. This encompasses the vast majority of Americans, although there’s also an option for people to purchase Medicare Part A (with premiums of up to $471/month in 2021) if the enrollee doesn’t have enough work history to qualify for premium-free Medicare Part A.

But people who have not been in the U.S. for five years are not eligible to enroll in Medicare. Obviously, your grandmother hasn’t been paying Medicare payroll taxes in the U.S., which means she won’t be eligible for premium-free Medicare Part A. But federal regulations stipulate that she needs to have been lawfully admitted for permanent residence and have resided continually in the country for five years before she’s eligible to enroll – even with premiums.

Once she’s been lawfully present in the U.S. for five years, she’ll be eligible to enroll in Medicare if she wants to, but with premiums for Part A (and Part B, which all enrollees pay, regardless of their work history). Assuming she doesn’t establish a work history in the US and ends up having to pay Medicare Part A premiums forever, she may be eligible for premium assistance from the state Medicaid program (see page 5). But she would also have the option to maintain her individual market coverage through the exchange. She would still be allowed to receive premium subsidies, as clarified in the chart on Question A.8 in the CMS guidance.

But the details in Question A.9 are important here too: If she opts to keep her individual market coverage even after she has the opportunity to buy into Medicare (ie, once she’s been in the US for five years), she would then be subject to the late enrollment penalties if she ever decides to enroll in Medicare at a later date. And she would also be limited to enrolling only during the general enrollment period (the first quarter of each year), with coverage effective in July.

So for example, if she were to gain a substantial income later in life and no longer qualify for premium subsidies in the exchange, the plan she has in the individual market might end up being more expensive than Medicare. But she would have to wait until the annual general enrollment period to switch, and she would have to pay the late enrollment penalty for Medicare Part A and Part B, based on the amount of time since she was first eligible to enroll (ie, when she had been in the US for five years) to the time that she actually enrolled.

This is the area that has changed the most for recent immigrants who are 65 or older. Prior to 2014, obtaining individual health insurance for your grandmother in the private market would have been difficult or impossible, since very few major insurers were interested in selling coverage to people over 65.

But the Affordable Care Act has changed that. Health history is no longer used to determine eligibility or premiums in the individual market, and private carriers now offer coverage to people who are 65 or older, as long as they are not enrolled in Medicare. (It’s against the law to sell individual coverage to someone who is enrolled in Medicare, but recent immigrants are not eligible for Medicare at all.)

So for the first five years that your grandmother lives in the United States (during the waiting period for Medicare), she’ll be able to purchase individual health insurance through the exchange in the state where she lives. Depending on her income, she may be eligible for subsidies to lower the cost of the premiums, and if her income is doesn’t exceed 250% of the poverty level, she’ll also be eligible for cost-sharing reductions if she buys a silver plan.

For American citizens and immigrants who have been in the U.S. for at least five years, premium subsidies are only available if the household’s income is at least 100% of the poverty level. The idea is that people below that threshold are eligible for Medicaid instead (although that hasn’t been the case in 12 states where Medicaid expansion has been rejected, leaving a coverage gap). But that lower income threshold doesn’t apply to recent immigrants, as they aren’t generally eligible for Medicaid coverage.

So even with income below the poverty level, a recent immigrant who is lawfully present in the U.S. can obtain a plan in the exchange/marketplace with premium subsidies. As of 2021, a recent immigrant with income below the poverty level would have to pay nothing at all (after subsidies) for the second-lowest-cost silver plan in the exchange (prior to the American Rescue Plan, they would have had to pay about 2% of their income for that plan, but the ARP has enhanced the premium subsidies for 2021 and 2022, to make coverage more affordable).

Once your grandmother has been lawfully residing in the U.S. for five years, she’ll be eligible to purchase Medicare. But she’ll also have the option to continue to buy coverage in the exchange instead, and she’ll be able to continue to receive a premium subsidy (and cost-sharing reduction, if applicable) through the exchange if she’s eligible based on her income.

Are immigrants eligible for Medicaid?

A 1996 welfare reform law stipulates that immigrants must have five years of legal U.S. residency to become eligible for federal benefits such as Medicaid. The rules were relaxed somewhat in 2009, under the Children’s Health Insurance Program Reauthorization Act (CHIPRA), to allow states the option to provide federally-funded Medicaid and CHIP benefits to pregnant women and children, even if they have not resided in the U.S. for five years, and most of the states have opted to do so (some cover only children, while others cover both children and pregnant women). But some states have opted to also use state funds to provide coverage to additional recent immigrant populations.

According to HHS data (see figure 4), as of 2011, 15 states allowed the use of state funds to provide Medicaid benefits for qualified immigrants who would otherwise be ineligible because of their immigration status – including the fact that they had resided in the United States for less than five years (note that New Jersey is included in HHS’ list of states that provide state-funded Medicaid coverage to recent immigrants, but New Jersey has changed that rule and no longer does so). But as of 2016, an Urban Institute report indicated that only six states and DC were funding public health benefits for immigrants who had not yet been in the U.S. for five years.

If your grandmother has a limited income, don’t rule out Medicaid as an option until you check with your state Medicaid office. But be aware that it’s unlikely that she’ll be eligible for Medicaid benefits, as few states provide Medicaid coverage for elderly recent immigrants.

Even if you have health insurance coverage through your employer, you can’t add your grandmother as a dependent (California lawmakers are considering legislation that would allow people to add parents or stepparents as dependents on their health coverage; the legislation passed the California Assembly in June 2021, and is under consideration in the Senate).

However, some families that own and operate a small business actually hire their older family members as employees so they can offer them health benefits. This option might make sense if you have your own business, but rest assured that coverage for your grandmother is now available in the individual market, making it much easier than it used to be for elderly recent immigrants to obtain health insurance when they arrive in the U.S.