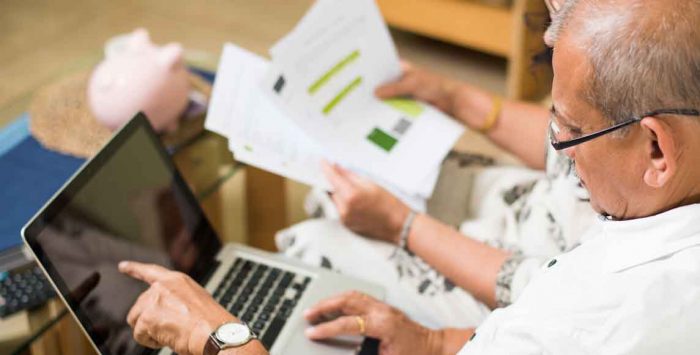 If you qualify for the FEHB Program as a retiree, optional Medicare coverage can lower your out-of-pocket costs, but you’ll have to pay a premium for this extra coverage. | Image: StockImageFactory / stock.adobe.com

Q: I have retiree coverage through the Federal Employee Health Benefits Program (FEHB). Do I need to enroll in Medicare?

A: You don’t have to take Medicare, but there are some reasons you should consider it.

What is the Federal Employee Health Benefits Program (FEHB)?

The FEHB provides comprehensive health insurance to federal retirees and their spouses. If you qualify for FEHB as a retiree, optional Medicare coverage can lower your out-of-pocket costs, but you’ll have to pay a premium for this extra coverage.

Are Medicare rules different if I have FEHB coverage?

Most people who have retiree coverage must enroll in Medicare Part A and Part B when first eligible. If they don’t enroll, their retiree plan may pay only a small amount – or nothing at all – for their care. Medicare’s rules for you are different, however, if you’re a federal retiree. As a federal retiree, if you don’t enroll in Medicare, your FEHB plan will act as your primary insurer and won’t pay less because you qualify for Medicare.

Will FEHB be my primary coverage? or Medicare?

(The limiting charge is 115% of Medicare Part B’s payment rate, and is the maximum amount you can be charged after the FEHB plan and Medicare pay (assuming your doctor hasn’t opted out of Medicare altogether). Some states don’t allow excess Medicare charges. If you live in one of these states – or you see a doctor in any state that accepts Medicare’s rate as full payment – you’d only have to pay the difference between what Medicare and your FEHB plan pay and Medicare’s rate. Part B’s limits on what you can be charged don’t apply to some services, and Part A doesn’t have these limits.)

If you enroll in Part A but decline Part B, your FEHB coverage will pay after Medicare does for Part A services, but will be your primary insurer for other medical care. Medicare would no longer be your primary insurer if you return to work for the federal government, however, and in that case your FEHB plan would pay first, with Medicare paying at least some of your remaining costs.

If I'm in the FEHB, should I enroll in Part A?

Most people don’t have to pay a premium for Part A. When combined with FEHB coverage, having Part A would limit your out-of-pocket costs for the expenses it covers (such as hospital or skilled nursing facility stays). Having Part A means you can’t contribute to a Health Savings Account (HSA), so you’d want to delay enrolling in Part A if your FEHB coverage is HSA-qualified and you want to continue making contributions to your HSA.

You can only delay Part A until you begin collecting Social Security – at which point your Part A coverage will start automatically. The Office of Personnel Management (OPM), which administers the FEHB, recommends taking Part A if you don’t have to pay a premium.

(It should be noted that many older retirees are not eligible for Social Security because they participated only in the Civil Service Retirement System and didn’t have Social Security taxes withheld. Somebody in this situation would most likely choose not to enroll in any part of Medicare. But most people retiring today qualify for both Social Security and premium-free Part A.)

Should I enroll in Part B if I have FEHB coverage?

Deciding whether to enroll in Part B is complicated. And unlike Medicare Part A, all enrollees pay a premium for Medicare Part B ($144.60/month in 2020 for most people). While FEHB plans cover most of the same types of expenses that Medicare covers, FEHB plans’ coverage may be more limited than Medicare Part B when it comes to orthopedic and prosthetic devices, durable medical equipment, home healthcare, medical supplies, and chiropractic care. Conversely, FEHB plans cover emergency care received outside the United States, and this isn’t covered by Original Medicare at all – and is rarely covered by Medicare Advantage. FEHB plans may also pay for vision and dental care that’s not covered by Original Medicare and is limited in Medicare Advantage.

If you are covered by an FEHB HMO plan, you’re normally limited to seeing providers who are part of your plan. Having Part B means you can go outside the HMO’s network and see other providers, as long as they’re part of Medicare.

Will I pay less for FEHB premiums if I enroll in Medicare?

FEHB premiums are not reduced if you enroll in Medicare, but having Medicare Part A and B can allow you to switch to a less expensive version of your current FEHB plan, because some FEHB insurers waive cost sharing (like deductibles, co-pays and coinsurance) when you have Medicare Parts A and B. Contact your FEHB insurer if you’re wondering whether your plan waives cost sharing for people enrolled in Medicare.

The decision whether to enroll in Part B often hinges on whether you have to pay more for it because of your income. You pay more for Part B in 2020 if you earn over $87,000 (or $174,000 for a couple), according to your tax return from two years ago. These higher premiums can range from $202.40/month to $491.60/month. You’ll have to gauge how much you are willing to pay in Part B premiums in exchange for lower cost sharing when you visit the doctor.

When should I change my FEHB coverage?

You may want to make changes to your FEHB coverage when you are nearing Medicare eligibility, and will have the option to do this starting 30 days before you qualify for Medicare. Changes can only be made once during this window. You can also wait until FEHB Open Season to change your coverage.

Should I suspend my FEHB cover to enroll in other coverage?

FEHB also allows you to suspend your enrollment if you want to use health coverage through Medicaid, Peace Corps, CHAMPVA, TRICARE, or TRICARE-for-Life. You can re-enroll in FEHB if this other coverage ends through no fault of your own. If you cancel your FEHB coverage instead of suspending it, you’ll never be able to re-enroll.

Although FEHB coverage can be more generous overall than Medicare Advantage or Original Medicare, having additional coverage may not be helpful if you can’t afford its premiums. If you qualify for the Medicare Savings Program (MSP) or Medicaid, you may find your healthcare costs are lower overall if you don’t use FEHB.

What happens if I decline FEHB coverage?

If you decline FEHB coverage, you would give up the subsidy the government pays toward it, which ranges from a low of about $350 for self-only coverage to $1,000 or more if you’re also covering family members. (These amounts are from premiums for federal employees other the Postal Service, which pays different rates.) If your family members are covered under FEHB, their coverage would end if you terminate yours.

Should I enroll in Medicare Part D if I have FEHB coverage?

You generally don’t have to sign up for a Part D plan if you are covered through FEHB. The prescription coverage through your FEHB plan may have fewer restrictions (like quantity limits or drugs requiring prior-authorization) than the Part D plans in your area. FEHB plans limit what you’ll have to pay each year in covered medical and prescription drug costs, but Part D plans do not. (Part D enrollees pay an uncapped 5 percent coinsurance after they reach the catastrophic coverage level.) If you do sign up for Part D, it will usually be your primary insurer.

If you’re eligible for Extra Help, you probably do want to use Medicare Part D, because the co-pays for people with Extra Help pay are typically lower than the costs in FEHB plans. People with the most generous level of Extra Help pay only $3.60 for generics and $8.95 for brand medications in 2020. (People who have Extra Help but don’t enroll in Part D are automatically assigned to a plan.)

Because FEHB is considered creditable coverage, you won’t have to pay a late enrollment penalty if you don’t take Part D now and decide to enroll in the future.

Josh Schultz has a strong background in Medicare and the Affordable Care Act. He coordinated a Medicare ombudsman contract at the Medicare Rights Center in New York City, and represented clients in extensive Medicare claims and appeals.