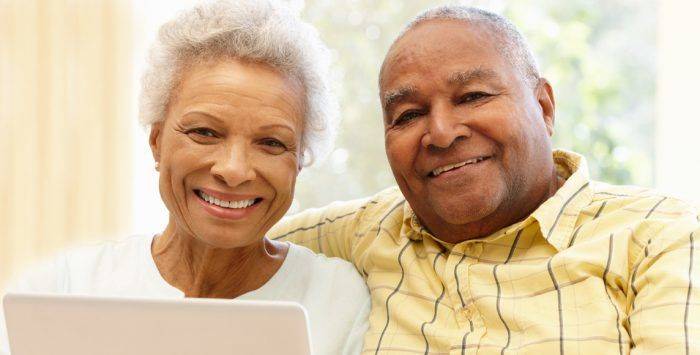 A: They’re not the same thing, but they do have many similarities, and most older Americans receive benefits simultaneously from both programs.

Social Security, which was enacted in 1935, is a government-run income benefit for retirees who have worked – and paid Social Security taxes – for at least ten years. Social Security also provides spousal and survivor benefits, and people under 65 are eligible for benefits if they’re disabled. (Social Security’s official name is “Old Age, Survivors, and Disability Insurance” or OASDI.)

Medicare, enacted in 1965, is also a government-run program for older Americans, designed to provide health insurance coverage for anyone 65 or older who has worked – and paid Medicare taxes – for at least ten years. (You can purchase Medicare coverage if the work history is less than ten years, and coverage can also be obtained based on a spouse’s work history). Medicare also provides health insurance benefits to younger people who are disabled, or who have kidney failure or ALS.

How does Medicare get confused with Social Security?

Since eligibility for both Medicare and Social Security benefits are managed by the SSA, people who begin receiving Social Security retiree benefits prior to age 65 will be automatically enrolled in Medicare once they turn 65.

Eligibility for the two programs

For people who are aging into Social Security and Medicare (as opposed to qualifying for benefits due to a disability), eligibility ages vary between the two programs. Beneficiaries qualify for Medicare when they turn 65, with a seven-month enrollment window that straddles the month they turn 65.

But there’s significantly more flexibility in terms of eligibility for Social Security. You can elect to begin receiving Social Security payments as early as age 62, but the earlier you begin collecting benefits, the lower your monthly check will be. Waiting to claim Social Security benefits until age 70 results in the highest monthly income payments.

Funding for Social Security and Medicare

Both programs are primarily funded by payroll taxes, which are split evenly between employees and employers (self-employed workers pay both portions, but can deduct half of the self-employment tax from their business income). The Social Security tax rate is higher, but there’s an upper income limit above which Social Security taxes are not levied. The Medicare tax rate is lower, but it applies to all wages. Together, Medicare and Social Security payroll taxes are known as FICA taxes (Federal Insurance Contributions Act taxes).

Lawmakers on both sides of the aisle have proposed a variety of reforms for both Social Security and Medicare, but Republicans are much more likely to focus on privatization, means testing, and increasing the age at which people become eligible for benefits.

Congressman Paul Ryan has proposed various Medicare reforms in budget proposals over the last few years, including privatization, means testing, and raising the eligibility age to 67. Not surprisingly, Ryan’s proposals have failed to gain bipartisan support, but have been quite popular with Republicans.

Similar proposals have been advanced regarding Social Security. Most of the 2016 GOP presidential candidates called for increasing the full retirement age for Social Security. (It’s currently age 67 for people born in 1960 or later.) They’ve also proposed privatizing the program, adding means testing, or a combination of all three approaches.

Some Democrats have proposed expanding the Social Security tax so that it applies to all income, a move that would increase revenue and stabilize the program without the need to reduce benefits.

So while there are certainly similarities between Medicare and Social Security – and similarities in terms of how politicians have proposed reforming both programs – they are not the same thing. Most elderly Americans are beneficiaries of both programs, receiving a monthly check from Social Security to provide retirement income, along with health insurance from Medicare.