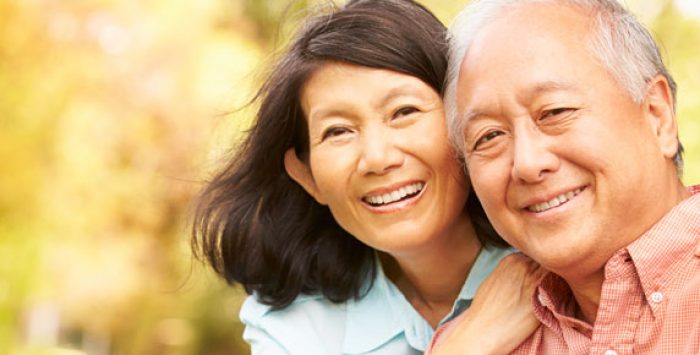 When you’re approaching the age of eligibility for enrollment in one of the many Medicare coverage plans, it’s important to thoroughly research the benefits and costs of each plan, but it’s probably even more important to make sure you enroll at the right time. Missing an enrollment date could cost you higher premiums down the line – or it could cost you coverage entirely.

If you’re eligible for premium-free part A

If you’re already receiving Social Security or Railroad Retirement Board benefits and you’re a U.S. resident, you won’t have to worry about your enrollment date, since the government automatically enrolls you in both Part A and Part B at age 65 (about three months prior to your 65th birthday, your Medicare card will arrive in the mail.)

Your only concern of timing would be if you declined Medicare Part B during the initial enrollment window. (Part B has a premium, and some eligible individuals choose not to purchase it.) If you do decline Part B, you might have to pay higher Part B premiums if you enroll later on. For each year that you don’t enroll, your premium will be 10% higher, unless the reason you declined Part B was that you were insured by an employer-sponsored health insurance plan offered by your (or your spouse’s) current employer.

If you are covered by a group health plan because you or your spouse is still working and you don’t need Part B, you’ll have another opportunity to enroll in Part B in the future. When your group coverage ends, you’ll have an eight-month window during which you can enroll in Part B. Keep in mind that it needs to be group health coverage from a current employer; retiree coverage or COBRA will not allow you to delay Part B enrollment without a penalty. (Note that if the employer has fewer than 20 employees, you’ll need to enroll in Medicare Part B, as your Medicare coverage will be primary in that case and the employer plan won’t provide sufficient coverage if you don’t have Part B.)

If you aren’t eligible for premium-free Part A

Although most Medicare beneficiaries receive Part A without a premium, some do not. If you or your spouse worked at least 10 years and paid Medicare taxes during that time, you’ll be eligible for premium-free Part A. Otherwise, you’ll have a monthly premium that varies depending on how many quarters of work history you have.

If you’re a new immigrant and at least 65 years old, you will be able to start purchasing Medicare after you’ve been in the U.S. for five years (prior to that point, you can enroll in a plan through the health insurance marketplace in your state, with income-based premium subsidies available).

If you are 65 and eligible for Medicare but not receiving Social Security or railroad retirement benefits, you won’t be automatically enrolled in Original Medicare. Instead, you’ll be able to enroll during one of three enrollment periods.

If you have end-stage renal disease (ERSD)

Individuals who have been diagnosed with end-stage renal disease (ERSD) – and who have had a kidney transplant or are undergoing dialysis – are eligible for Medicare. Your enrollment date in Medicare will depend on the date you begin receiving dialysis or the date you receive a transplant. You may also receive a combination of coordinated coverage from your employer – or COBRA – and Medicare.

Medicare has outlined a number of scenarios to guide you through various coverage options.

Depending on state laws where you live, you may have access to a Medigap plan when you become eligible for Medicare (some states allow insurers to charge higher premiums for people under 65, and even higher premiums for people with ESRD). Prior to 2021, ESRD patients were generally not able to enroll in Medicare Advantage plans, but this changed as of 2021, under the terms of the 21st Century Cures Act.

If you’ve been diagnosed with ALS

If you have been diagnosed with Amyotrophic Lateral Sclerosis (ALS), you’ll be automatically enrolled in Medicare in the month you begin receiving Social Security Disability Insurance or a railroad disability annuity payment. Enrollees with ALS receive their Medicare Part A and Part B card through the mail the month their disability benefits begin.

Enrollment in a Part D prescription drug plan is not automatic, but you’ll have an opportunity to select a Part D plan when your Medicare coverage begins (you can work with a Medicare broker or use Medicare.gov’s plan finder tool to find the plan that will best fit your needs).

You can opt to get your Medicare coverage via Medicare Advantage if that fits your needs. Depending on state laws where you live, you may have access to a Medigap plan when you become eligible for Medicare.

When do I enroll in Medicare Advantage

If you want to enroll in a Medicare Advantage plan, you can do so when you’re first eligible for Medicare,  in a window that extends three months before or after the month you become eligible for Medicare (either when you turn 65, or in the 25th month of receiving Social Security Disability Insurance, or in the scenarios outlined above for people with ALS or ESRD).

You may choose to:

When do I enroll in Medicare part D?

It’s important to note that if you don’t enroll during the seven-month period when you’re first eligible, you may pay a late-enrollment penalty that will raise your Part D premium when you do decide to purchase coverage.

It’s essential that you’re conscious of your specified Medigap enrollment period, since it’s the best time to enroll.

The timing for Medigap enrollment is pivotal. If you enroll within your six-month initial enrollment window, you can’t be denied Medigap coverage or be charged more for the coverage because of a past medical condition. But if you miss the enrollment period, your carrier has the option of denying the application or increasing the premiums based on the company’s underwriting requirements.

But states can set their own rules for Medigap plans: Several states have rules that ensure access to Medigap plans even after the initial enrollment window ends; you can click on a state on this map to see details about state-based Medigap regulations.