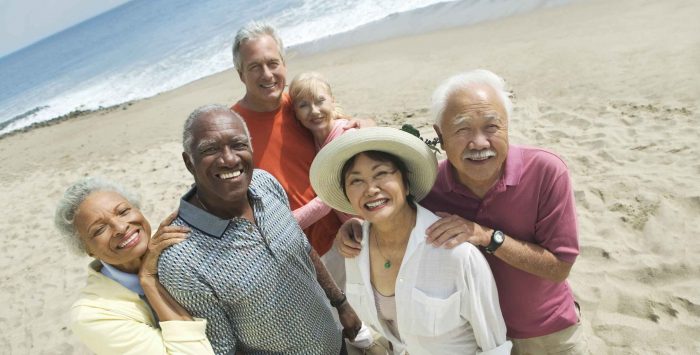 Eligibility for Medicare Savings Programs in New York are based only on income, without any asset limits

As a Medicare beneficiary, where you live – meaning your state of residence – can have a significant impact on the care that you receive and how you pay for that care during your “golden years.”

This page explains how New York’s regulations and policies are likely to affect your bottom line.

Does New York help with my Medicare premiums?

Many Medicare beneficiaries who struggle to afford the cost of Medicare coverage are eligible for help through a Medicare Savings Program (MSP). In New York, these programs pay for Medicare Part B premiums, Medicare Part A and B cost-sharing, and – in some cases – Part A premiums.

MSP asset limits: There are no limits for QMB, SLMB and QI in New York.

Who's eligible for Medicaid for the aged, blind and disabled in New York?

Medicare covers a great number services – including hospitalization, physician services, and prescription drugs – but Original Medicare doesn’t cover important services like vision and dental benefits. Some beneficiaries – those whose incomes make them eligible for Medicaid – can receive coverage for those additional services if they’re enrolled in Medicaid for the aged, blind and disabled.

Medicaid for the aged, blind and disabled is sometimes called “community Medicaid” or Disabled, Aged and Blind (DAB) Medicaid in New York.

Medicaid ABD pays for an eye exam every two years, and will cover eyeglasses for enrollees needing a minimum of .50 diopter correction.

Income eligibility: The income limit is $875 a month if single and $1,284 a month if married. (This is equal to 84 percent of the federal poverty level.)

Asset limits: The asset limit is $15,750 for single applicants and $23,100 if couples. New York has the highest asset limit for Medicaid for the aged, blind and disabled of any state. In most states, this asset limit is only $2,000 for individuals and $3,000 for spouses.

New York’s Medicaid spend-down for Medicaid for the aged, blind and disabled and LTSS

In New York, applicants whose incomes are too high to qualify for Medicaid ABD can become eligible by enrolling in the Medicaid spend-down, which allows applicants medical expenses to be subtracted from income that is counted toward the Medicaid eligibility limit. 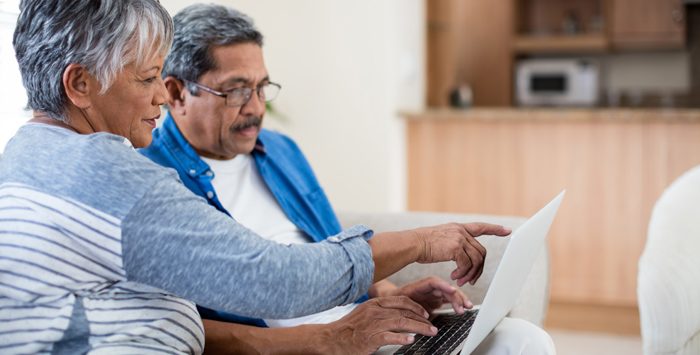 No, I did not make any changes during the MAOEP.
70.5%
Yes, I switched to a different Medicare Advantage plan.
23.1%
Yes, I switched to Original Medicare.
6.4%
See more Medicare Survey results
When an applicant is approved for the spend-down, Medicaid calculates the portion of their monthly income above the program’s income limit – which is known as “excess income.” Enrollees activate their spend-down coverage by submitting medical bills equal to this amount. In New York, spend-down enrollees can also pay their excess income directly to Medicaid.

An applicant’s excess income is reduced by the cost of any health insurance and Medicare premiums.

Beneficiaries who don’t receive this program automatically can apply for it themselves. The income limit is $1,615 a month for singles and $2,175 a month for couples. The asset limit is $14,610 for individuals and $29,160 for spouses.

In New York, low and moderate-income beneficiaries can qualify for the Elderly Pharmaceutical Insurance Coverage (EPIC) program. This State Pharmaceutical Assistance Program (SPAP) helps enrollees with annual incomes up to $75,000 if single and $100,000 if married afford their prescription drug expenses.

EPIC reduces the co-pays for prescription drugs covered by Part D. It can also pay for some medications Part D does not cover.

How does New York regulate long-term services and supports (LTSS)?

Medicare beneficiaries increasingly rely on Long-Term Services and Supports (LTSS) – or long-term care – which is mostly not covered by Medicare. In fact, 20 percent of Medicare beneficiaries who lived at home received some assistance with LTSS in 2015. Medicaid fills this gap in Medicare coverage for long-term care, but its complex eligibility rules can make qualifying for benefits difficult. What’s more – eligibility rules vary significantly from state to state.

Certain assets are never counted, including many household effects, family heirlooms, certain prepaid burial arrangements, and one car. An applicant’s first home can’t be worth more than $893,000.

Every state’s Medicaid program covers community-based long-term care, which is provided in an enrollee’s home, adult day care center or another community setting. These are called Home and Community-Based Services (HCBS) because recipients continue living in the community.

In April 2020, New York State limited HCBS benefits for Medicaid personal care services (PCS) – which provide help with bathing, dressing, eating – effective October 1, 2020. In response to a budget shortfall driven by Medicaid spending, the state began requiring PCS to be ordered by physicians that are approved by the State Department of Health. Those services must also be approved by an independent assessor in order for enrollees to receive them.

HCBS recipients also now have to need “at least limited assistance” with more than two activities of daily living, unless they are diagnosed with Alzheimer’s disease or dementia.

Income limits: The income limit is $875 a month if single and $1,284 a month if married (and both spouses are applying). When only one spouse needs Medicaid, the income limit for single applicants is used – and usually only the applying spouse’s income is counted.

Spousal impoverishment rules allow spouses of Medicaid nursing home care and HCBS recipients to keep a Minimum Monthly Maintenance Needs Allowance (MMMNA) from their Medicaid spouse’s income, along with resource and housing allowances. These rules apply when one spouse receives Medicaid coverage for LTSS, and the other spouse doesn’t have Medicaid.

In New York in 2020, these spousal impoverishment rules allow these “community spouses” to keep:

Federal law requires states to limit eligibility for Medicaid nursing home and HCBS to applicants with a home equity interest below a specific dollar amount. In 2020, states set this home equity level based on a federal minimum of $595,000 and maximum of $893,000. (This limit also applies to co-op apartments and condominiums.)

Because long-term care is expensive, individuals can have an incentive to give away or transfer assets to make themselves eligible for Medicaid. To curb these asset transfers, federal law requires states to institute a penalty period for Medicaid nursing home applicants who give away or transfer assets for less than their value. States have the option of using a penalty period for HCBS. Medicaid will not pay for LTSS during this period.

This HCBS asset transfer penalty will be phased in for applications submitted after December 31, 2020, and will only apply to asset transfers made after September 30, 2020. Furthermore, these asset transfers have occur while an individual was “otherwise eligible” for Medicaid in order for them to incur a penalty. This means that an applicant wouldn’t face penalties for transferring or gifting assets if they didn’t meet long-term care “level of care” requirements or have income below the eligibility limit at that time.

A state’s Medicaid agency is required to recover what it paid for long-term care related costs while an enrollee was 55 or older. States can also pursue estate recovery for all other medical costs, and can collect from enrollees who did not receive long-term care.

When Medicaid coverage was administered by a Managed Care Organization (MCO) (i.e., a private insurer with whom the state contracts to administer Medicaid or long-term care benefits), the state will attempt to recover what it paid the MCO. That means the estate recovery amount could differ from the actual cost of Medicaid services received. As a result, the estates of enrollees who receive few long-term care benefits could end up with large bills from Medicaid.

New York will only attempt to recover from an enrollee’s probate estate (meaning assets that are subject to a will). This means the state will not attempt to recover from retirement and bank accounts with “transfer-on-death” provisions, living trusts, and other assets that pass outside probate. (The Legislature had expanded estate recovery to include property that wasn’t subject to probate in 2011, but repealed that expansion a year later.)


Where can Medicare beneficiaries get help in New York?

You can access no cost Medicare counseling by contacting the New York Health Insurance Information Counseling and Assistance Program (HIICAP) at 1-800-701-0501.

HIICAP can help you enroll in Medicare, compare and change Medicare Advantage and Part D plans, and answer questions about state Medigap protections. HIICAP counselors may also be able to suggest local home care or long-term care agencies. This website has more information about the services HIICAP offers.

Elder law attorneys can help individuals plan for Medicaid long-term care benefits. You can use this search feature on the National Academy of Elder Law Attorneys (NAELA) website to find an elder attorney near you.

Where can I apply for Medicaid in New York?

Medicaid eligibility is overseen by the Human Resources Administration (HRA) in New York City and by Local Departments of Social Services (LDSS) elsewhere in the state. You can apply for Medicaid for the aged, blind and disabled or an MSP at an HRA office (in NYC) or at your LDSS (Long Island, Westchester and Upstate).

Josh Schultz has a strong background in Medicare and the Affordable Care Act. He coordinated a Medicare technical assistance contract at the Medicare Rights Center in New York City, and represented clients in extensive Medicare claims and appeals. In addition to advocacy work, Josh helped implement health insurance exchanges at the technology firm hCentive. He has also held consulting roles, including at Sachs Policy Group, where he worked with hospital, insurer and technology clients.