EDITOR’S NOTE: Our Medicare Surveys “take the pulse” of our audience – assessing our readers’ experiences with Medicare and their attitudes toward the program. The questions and the results are not intended to be scientific.

In our second Survey, we asked our readers how they felt about lowering the age at which Americans qualify for Medicare, from 65 to 60 years old.

Most Americans currently qualify for Medicare benefits on their 65th birthday. It’s a huge milestone: entry into the country’s largest public health insurance program – which offers coverage for most forms of hospital care, physician services and prescription drugs.

Thanks to its comprehensive benefits and popularity, politicians have proposed many times in the last three decades to expand Medicare to cover more Americans. Some of these proposals would lower Medicare’s eligibility age so Americans qualify at age 55 – while others would gradually lower the eligibility age until every person in the country qualifies. One recent proposal that’s gained traction thanks to the Presidential election would make Americans eligible on their 60th birthday.

We wanted to know how our readers felt about that proposal and we asked “Would you support a proposal to lower the Medicare eligibility age from 65 to 60?” Their responses (from 164 readers):

Support for lowering the eligibility age of Medicare

Nearly half of respondents “fully supported” lowering Medicare’s eligibility age to 60. I don’t think this is terribly surprising.

My experience working in the public health care policy field – coupled with my own firsthand experience troubleshooting the program for Medicare enrollees – tells me that our readers (and likely a majority of Medicare beneficiaries) are generally satisfied with Medicare’s benefits, its premiums and out-of-pocket costs. I don’t think beneficiaries would support expanding Medicare to cover more people if they weren’t satisfied with the program themselves.

There’s a lot to like: Medicare is subsidized for most Americans – who pay slightly more than 25 percent of the cost for their medical coverage (Part B) and prescription drug benefits (Part D). This makes Medicare’s premiums affordable for most families.

Premiums for Medigap – which pays for cost sharing expenses under Parts A and B – are affordable for many enrollees. And Medicare Advantage provides a variety of private plan options that cap yearly expenses for medical and hospital care and often include prescription drug coverage.

I strongly suspect that many of these readers feel that their own positive experiences with the program could be extended to a vastly larger population.

Why oppose lowering the eligibility age of Medicare?

But clearly, not all enrollees are optimistic about such a change. Nearly a third of our readers were concerned that allowing more Americans to qualify for Medicare could put Medicare’s finances at risk or impact their own benefits.

Some fear that adding more enrollees to the Medicare system could impact benefits or premiums, but I believe this fear is unfounded. In proposals I’ve examined, plans to expand Medicare eligibility would separate new members from existing ones when premiums are determined – and current enrollees would not see their rates increase.

Hospital trade groups have also expressed concerns that hospitals would receive less income if more Americans had Medicare – because Medicare pays lower rates than private insurers. Expanding Medicare eligibility would cause hospitals to adjust their business strategy in terms of the types of services they market and to whom. But these hospitals would continue treating Medicare patients.

I’m also optimistic that our elected officials wouldn’t let expansion happen in a way that hurts existing enrollees. Politicians know they would anger voters by reducing benefits for current enrollees, so I’d predict a Medicare expansion would add new beneficiaries without restricting benefits for people already receiving them.

You’re going to hear more about this issue

Not that shocking: about 15 percent of our readers simply weren’t aware of proposals to change the eligibility age. But given the public’s satisfaction with Medicare, you can be sure that debate – and, likely legislative action – focused on expanded eligibility for Medicare will show up on beneficiaries’ radar in the coming months and years.

Josh Schultz has a strong background in Medicare and the Affordable Care Act. He coordinated a Medicare technical assistance contract at the Medicare Rights Center in New York City, and represented clients in extensive Medicare claims and appeals. In addition to advocacy work, Josh helped implement health insurance exchanges at the technology firm hCentive. He has also held consulting roles, including at Sachs Policy Group, where he worked with clients on Medicare and Medicaid issues.

Disclaimer: Our Medicare Surveys series is a tool that allows us to "take the temperature" of our audience. The questions and the results are not intended to be scientific. Rather, we hope to use the information to get a sense of our reader's experiences with the Medicare program and their attitudes toward the program and its coverage. 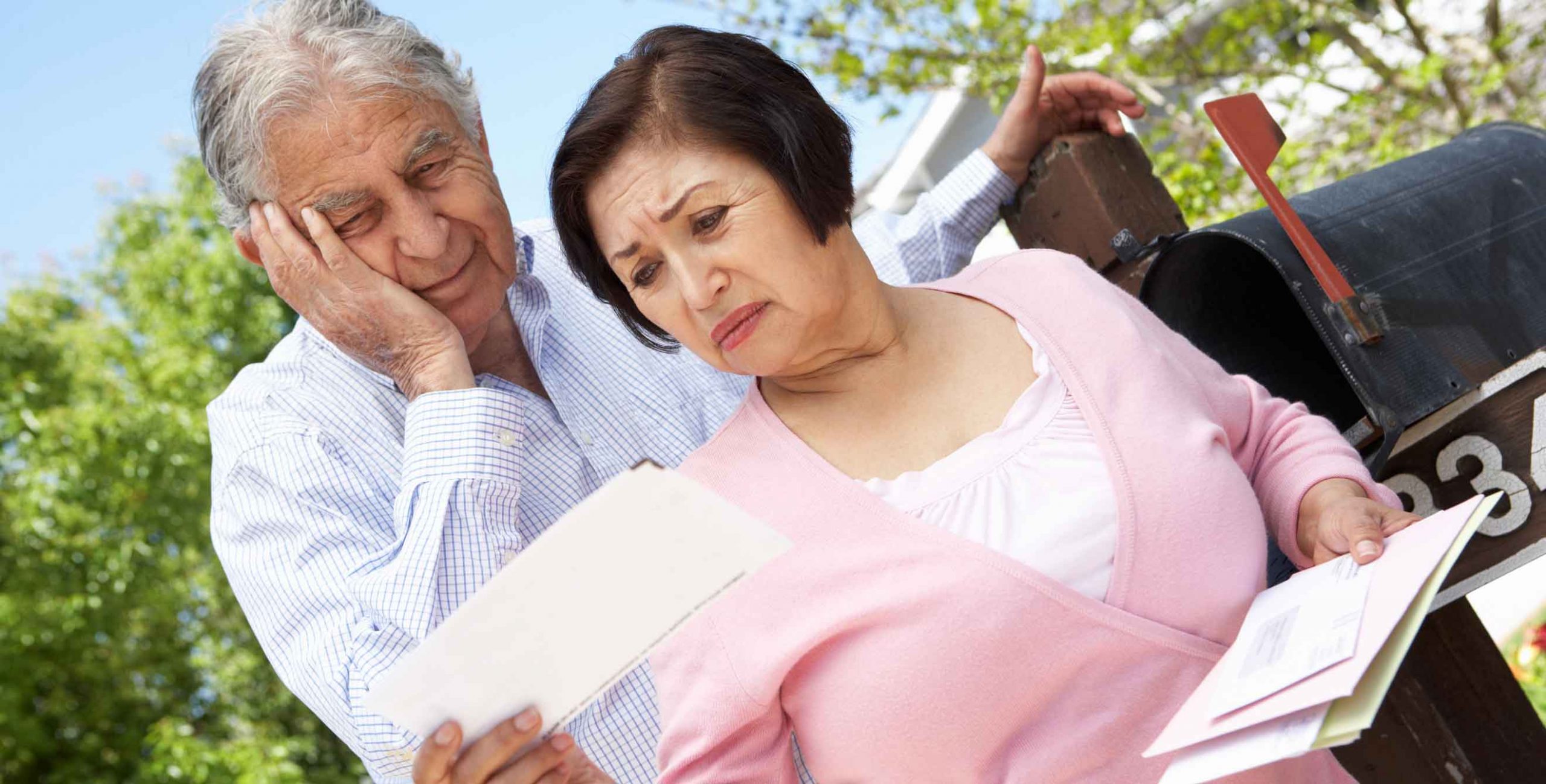 Do you feel you’re being bombarded by Medicare marketing? 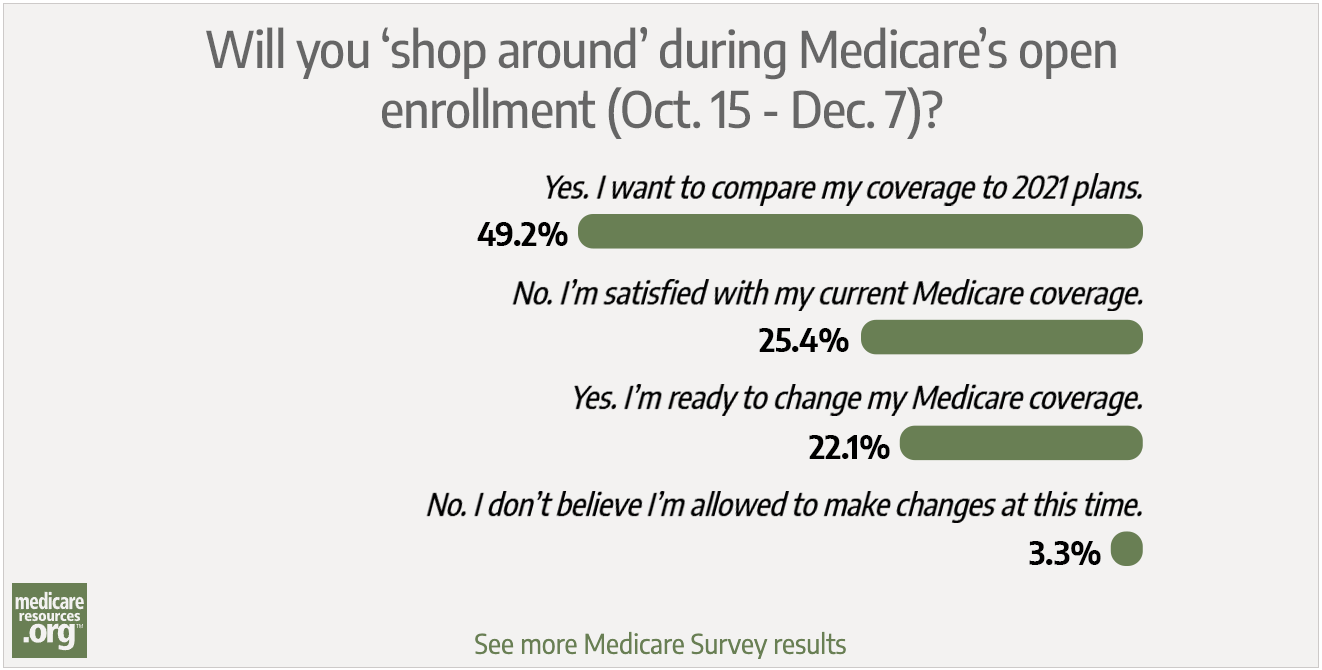 Survey: 70% of our readers are ready to explore their Medicare options