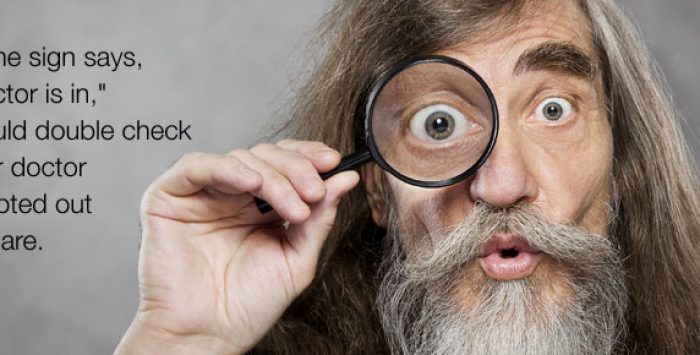 If you are over 65, you may think you know your Medicare benefits pretty well (and this site has included a number of good articles about those benefits). But whether you are enrolled in a Medicare Advantage plan, only Original/Traditional Medicare, or Medicare with a supplement (Medigap) plan, there are aspects of Medicare that are hidden and can bite you hard if you don’t pay attention.

People don’t always realize that Original Medicare on its own (ie, just Medicare Part A and B) does not have any cap on how much an enrollee’s out-of-pocket costs can be. That continues to be the case even though the Affordable Care Act (ACA) requires out-of-pocket caps for private health insurance.

Because Original Medicare does not cap out-of-pocket costs at all, most enrollees have some sort of supplemental coverage — usually in the form of an employer-sponsored plan, Medicaid, or a Medigap plan.

Medigap plans are available for purchase from private insurers, and are guaranteed-issue during the first six months after you’re at least 65 and enrolled in both Medicare A and B. Medigap plans are designed to cover some or all of the out-of-pocket costs that Original Medicare beneficiaries would otherwise have to pay when they receive Medicare-covered services. This includes the Part A deductible and coinsurance (coinsurance is assessed if the patient exceeds 60 days in a hospital or 20 days in a skilled nursing facility), and the Part B deductible and coinsurance (the Part B deductible is $185 in 2019, but the coinsurance is 20 percent of the Medicare-approved amount for all services covered by Part B).

Medigap plans are standardized, and cover varying amounts of Medicare out-of-pocket costs. Medigap Plans C and F are the only ones that cover the Part B deductible — all of the others require enrollees to pay at least that cost out-of-pocket if they need services covered by Part B. But under the terms of MACRA (the Medicare Access and CHIP Reauthorization Act of 2015), Medigap Plans C and F cannot be sold to newly-eligible Medicare beneficiaries after the end of 2019.

If you hear anyone say that Medicare beneficiaries do not pay their fair share, just tell them about the Part B premium, the coinsurance and deductibles for Part A and Part B (which can be mostly covered by Medigap plans, but those have their own separate premiums), and the premiums and out-of-pocket costs that go along with Medicare Part D. Medicare beneficiaries pay a great deal for the benefits they receive.

The doctor’s in, but is your doctor IN?

You may also not have heard much about doctors opting out of the Medicare program. It’s different from just not accepting assignment. If your doctor formally “opts out,” she must stay out for two years and you must pay full price for her services. The doctor cannot bill Medicare and you cannot seek reimbursement from Medicare for the services. Instead, doctors are supposed to notify patients that they’ve opted out of Medicare and sign private contracts clarifying that the patient has to pay the bill in full.

So do your homework

First, find out if your doctor “participates” in Medicare and accepts assignment (ie, accepts Medicare’s payment — plus any applicable deductible and coinsurance — as payment in full). Then, ask if the doctor has specifically “opted out” of Medicare. If she has opted out, you may want to find another doctor unless you can pay cash for the services.

Then – as with any insurance plan – you need to know your numbers. If you’re about to enroll in Medicare Advantage or Medigap, have your carrier clearly spell out your out-of-pocket costs – deductibles, co-pays and coinsurance – and your coverage limits.

And don’t hesitate to talk to Medicare. If there’s any good news here, it’s that once you make it through the recorded prompts, Medicare customer service representatives at 1-800-633-4227 could not be nicer or more helpful.