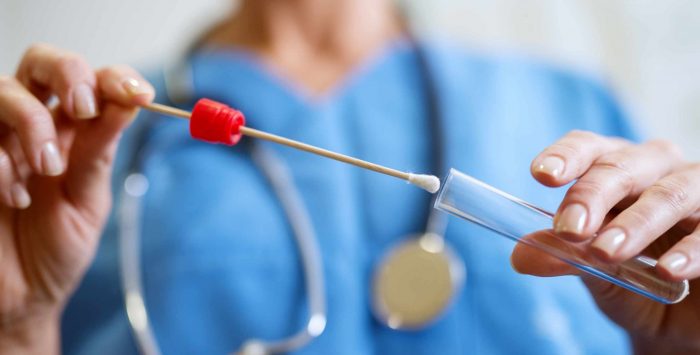 Medicare beneficiaries diagnosed with certain forms of ovarian and breast cancer may soon have coverage for Next Generation Sequencing (NGS) diagnostic tests.

Medicare beneficiaries who received care from a provider who was later excluded from Medicare were found to experience higher rates of emergency room admissions and deaths. The study tracked the patient outcomes of providers described as Fraud and Abuse Perpetrators (FAPs), who were later barred from Medicare due to fraud, patient harm, or license revocation. Although the topic of Medicare fraud is an ongoing financial battle, the JAMA study was the first to examine the human toll left by convicted perpetrators of Medicare fraud.

New regulations in 2020 expand role of PAs in Medicare

To increase patient access to prescribing level physicians, new regulations will relax Medicare rules which require a Physician’s Assistant (PA) to practice only under a supervising physician. The change – which takes effect January 1 – will allow PAs to practice independently up to the full scope allowed by state law, which in many areas includes the ability to prescribe and diagnose. The increased role of PAs in Medicare reflects a larger national trend in America’s healthcare provider spectrum, which currently has a significant shortage of primary care physicians accelerated by the growing number of retirees.

Over half of seriously sick Medicare enrollees struggle with medical bills

Over half (53%) of seriously ill Medicare beneficiaries had trouble paying their medical bills. The recent study conducted by the journal of Health Affairs shed light on the financial reality of seriously ill Medicare enrollees – once thought to be a gold standard of American health insurance. Instead of security and solvency, the surprising results showed that more than 30% of beneficiaries had exhausted savings for medical bills, 27% had been contacted by a collection agency, and 23% were unable to pay for daily needs such as food, heat and housing. The study evaluated seriously ill patients, described as those whose condition over the past three years required multiple hospital stays and appointments with over three physicians.

Between 2000 and 2019, Medicare Part B premiums increased 198 percent and Medigap premiums averaged a 135 percent spike. The runaway costs of Medicare programs contrasted sharply with the 50 percent Cost-Of-Living Adjustment (COLA) in Social Security for the same period. In 2019, the average beneficiary spent $5,000 ($416 monthly) on Medicare premiums, which has led many beneficiaries to raid their retirement and savings accounts. (And 48 percent of households aged 55 and over report no retirement savings, further compounding the problem.)

In an attempt to eliminate substandard care at Department of Veterans Affairs (VA) facilities and through its growing number of purchased-care programs, the VA will collaborate with the Center for Medicare and Medicaid Services (CMS) on a Medicare Sanctions program. Scheduled at reoccurring intervals, the VA will utilize advanced CMS data analytics to compare provider data and flag infractions that will include, among others: abusive billing practices, felony convictions and prescribing violations. The Medicare Sanctions program is the first of many planned anti-fraud data-share initiatives between both federal agencies.

Medicare beneficiaries diagnosed with certain forms of ovarian and breast cancer may soon have coverage for Next Generation Sequencing (NGS) diagnostic tests. Built upon DNA sequencing, NGS testing works by creating a genetic profile of the patient’s cancer cells to identify inherited mutations, allowing physicians to utilize gene-specific treatments. Medicare generally does not cover preventive DNA testing unless specified by law, and then only for certain conditions in limited circumstances.

Although Medicare may start covering more genetic testing, beneficiaries should be wary if anyone other than their own doctor offers Medicare-covered genetic testing. A recent Medicare DNA fraud scheme was busted by federal authorities in September, leading to the arrest of 35 individuals – including nine physicians. The racket involved promising genetic cancer screening tests to Medicare beneficiaries in exchange for their Medicare billing information.