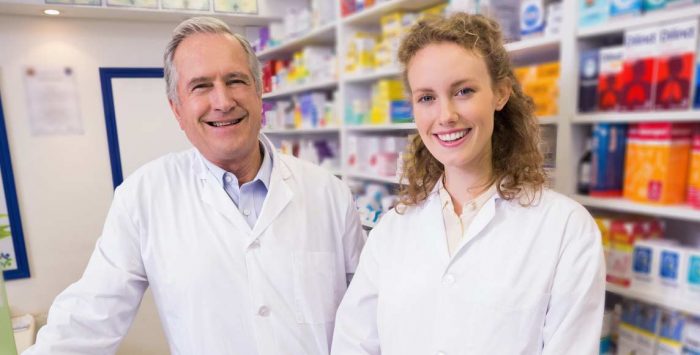 Q: Are there changes in the Medicare Part D prescription drug coverage for 2021?

A: Yes. The maximum deductible is slightly higher, and the upper and lower thresholds for the “donut hole” have changed again (although the donut hole has technically closed as a result of the ACA, beneficiaries’ out-of-pocket costs can still change once they reach the lower threshold where the donut hole begins, and the way costs are counted towards reaching the catastrophic coverage threshold is still different while in the donut hole).

The Medicare Part D maximum deductible increased again for 2021, to $445, up from $435 in 2020. But many drug plans have no deductible or a deductible that’s lower than the maximum allowed.

The Medicare Part D program was designed with a gap in coverage: prior to the ACA, beneficiaries’ drug expenses (after the deductible) were covered up to a certain dollar amount (on standard plan designs, the beneficiary pays 25 percent of the cost during this phase), then not covered at all up to another amount, and then more robust coverage would kick in (in most cases, the beneficiary would only pay 5 percent of the cost, or a nominal copay, at this point). The gap in the middle is called the donut hole.

Over the course of several years, the ACA gradually closed the donut hole. Instead of having to pay the full cost of medications while in the donut hole, beneficiaries began paying a percentage of the cost (this chart shows how these percentages have been changing since the ACA began closing the donut hole). The donut hole was scheduled to close in 2020, but it closed one year early, in 2019 instead of 2020, for brand-name drugs. It was fully closed, including generic drugs, as of 2020.

But a “closed” donut hole just means you’ll pay 25 percent of the cost of your drugs — depending on how your plan is designed, you may still have different costs before and during the donut hole in 2020 and future years. And the donut hole is still relevant due to the way costs are covered and how they count towards your out-of-pocket total and reaching the catastrophic coverage limit.

What also changes during the donut hole is how the cost of the drugs is actually being covered. The Kaiser Family Foundation has a helpful chart (Figure 3) that makes it easy to visualize: Before you reach the donut hole, your Part D plan is paying the portion of the cost above your copay or coinsurance. But once you enter the donut hole, the bulk of the cost of your brand-name drugs is being covered by a discount provided by the drug manufacturer (generic drugs are still covered by the enrollee’s coinsurance and Part D plan, rather than a drug manufacturer discount).

In order to get out of the donut hole and move into the catastrophic coverage level (where your costs will be much lower but not necessarily low, depending on your medications), your out-of-pocket spending has to reach $6,550 in 2021 (up from $6,350 in 2020, and up considerably from 2019, when it was $5,100). The amount that your plan pays doesn’t count towards reaching this amount. But the amount that’s provided as a discount by the drug manufacturer (for brand-name drugs) does count towards reaching the catastrophic coverage threshold.

So even if your costs in 2021 remain the same when you enter the donut hole, a larger amount is being credited towards your out-of-pocket spending each time you fill the prescription (95 percent of the cost, instead of 25 percent of the cost), helping you to hit the catastrophic coverage threshold sooner.

So let’s say your plan has a $30 copay for brand-name drugs before you reach the initial coverage limit (ie, before you enter the donut hole), and you buy a drug that costs $100. You’ll pay $30 and your Part D plan will pay $70.

Now let’s say you’ve entered the donut hole and you need to buy that same medication again. It still costs $100, but your plan will only pay $5. The bulk of the cost — $70 — will be covered by the manufacturer discount, and your portion will be $25.

Your Part D plan will keep track of all of this for you, but this is why there’s still an initial coverage limit in 2021, even though the donut hole is closed. It’s really only “closed” in terms of the amount that you’re paying at the pharmacy when you pick up medications — and even that is likely to change once you cross over the initial coverage limit amount. The underlying calculations are still based on the donut hole being there, and that’s still relevant for people who have very high-cost medications.

Seniors saved nearly $27 billion on prescriptions, thanks to the ACA

In January 2017, CMS announced that nearly 12 million people have saved more than $2 billion on prescription drugs since 2010, thanks to the ACA’s progress in closing the donut hole. Of that total, $5.65 billion was realized in 2016 alone.

However, as the Wall Street Journal reports, average out-of-pocket costs for each prescription have been increasing steadily over the years, since they’re generally based on a percentage of the cost of the drug, and drug costs have increased sharply. People who need a significant number of prescriptions will eventually hit the catastrophic cap on their Part D plans, and switch to paying minimal costs for additional medications. But for the person who only has minimal prescription needs, out-of-pocket costs could be higher now than they were in prior years.