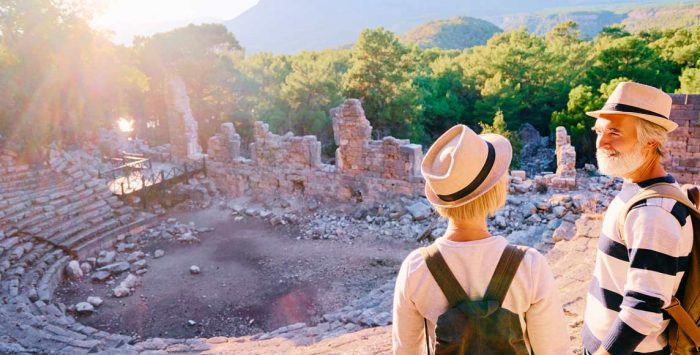 In most cases, Original Medicare's coverage won't follow you around the globe, but private coverage options just might be the ticket. 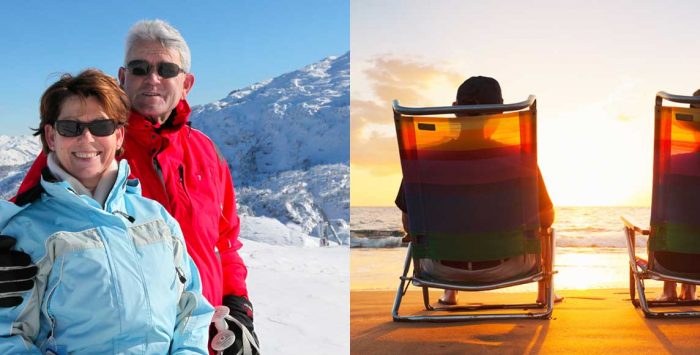 Retirement evokes different ideas for each of us, but for many people, travel is part of the picture. If you plan to use your newfound freedom from the 9-to-5 grind to see the world, take that into consideration when you enroll in Medicare and select your supplemental coverage products.

There are very limited exceptions where Medicare might pick up some of the cost. But foreign hospitals do not have to submit claims to Medicare; if you qualify for coverage, you might have to submit your own itemized bill for reimbursement.

Under what circumstances will I be covered by Original Medicare when I'm outside of the United States?

Original Medicare coverage outside the United States and U.S. territories is limited to these circumstances:

Will Medigap cover me when I'm traveling outside the U.S.?

If you’re adding a Medigap plan to supplement your Original Medicare, six of the Medigap plan design options provide coverage for medical emergencies outside the United States. Plans C, D, F, G, M, and N provide coverage for medical emergencies while traveling, as long as medical care starts within 60 days of leaving the United States.

(Note that Plans C and F are no longer available to people who are newly eligible for Medicare as of 2020 or later, although people who were eligible for Medicare prior to 2020 can keep those plans or apply to enroll in them. Four older Medigap plans – E, H, I, and J – also provide coverage for emergencies outside the United States. They are no longer for sale, but enrollees who already have them can continue to use them.)

In most states, Medigap plans are only available with no medical underwriting during your initial enrollment period (and very limited special enrollment periods), so it’s wise to plan ahead and choose Medigap coverage with international emergency benefits if you think you might travel during retirement.

With a Medigap plan that covers foreign travel emergencies, the patient pays a $250 deductible plus 20% coinsurance, and there’s a lifetime benefit maximum of $50,000.

If your Medicare coverage is supplemented by retiree health benefits from your employer, check with your plan to see if you have coverage for emergencies during foreign travel.

Other than Medicare, what coverage should I consider when I'm traveling?

For added peace of mind, many Medicare beneficiaries choose to purchase travel medical insurance prior to a trip. Travel medical plans are widely available, but be aware that in many cases, they restrict the amount of coverage available to seniors.

Although travel plans are frequently available with medical benefit maximums as high as seven figures, that limit is often reduced to $50,000 or less for applicants over 70 years old. Travel medical insurance can be used in conjunction with Medigap coverage or other health insurance.

Many travel medical insurance plans include separate medevac coverage, but it can also be purchased on a stand-alone basis from private carriers. Medevac return to the United States is not included in the foreign travel emergency coverage provided by Medigap plans. So beneficiaries with Original Medicare plus Medigap coverage might want to consider purchasing Medevac coverage prior to a trip abroad.

Should I have Medicare coverage if I retire abroad?

For coverage in your new country, you’d need to purchase private health insurance or buy into the country’s public health plan, if that option is available. If you’re willing and able to return to the United States for hospital care, you’ll still have access to Medicare Part A (assuming you qualify for premium-free Part A by having worked at least 10 years in the U.S.).

But you’d need to purchase Medicare Part B in order to have outpatient coverage, and there’s a 10% premium increase for each year that you were eligible for Part B but not enrolled (assuming you didn’t keep paying for Part B while living abroad). Advocacy groups have pushed for Medicare coverage to be portable for retirees who choose to live overseas, but so far, it’s not.

How does Medicare cover me if I'm traveling within the U.S.?

For Medicare beneficiaries who see endless travel opportunities right here in the U.S., Original Medicare plus a Medigap plan (and a Medicare Part D prescription plan) will provide coverage border to border and coast to coast, including the U.S. territories.

Ninety-three percent of all U.S. doctors who provide Medicare-covered services are participating providers with Original Medicare. (Not all participating providers accept new patients, so you may want to touch base with some doctors in the area where you’re going to be traveling, to know which ones would see you as a new patient if you needed medical care while on your trip.) And only about 1% of all non-pediatric physicians in the U.S. have opted out of Medicare entirely.

It’s also important to understand that Medicare Part D plans can require members to use in-network pharmacies, and some have localized networks rather than nationwide networks. Check with your Part D plan before traveling, and see if you’ll need to make arrangements to purchase medication in advance or use a mail-order pharmacy.

If you’re in a Medicare Advantage PPO and travel in the United States for less than six months, you’ll have access to out-of-network providers for routine care, but you may have to pay higher out-of-pocket costs. If you’ve got an HMO, you may not have coverage at all for non-emergency care when you’re outside your service area.

Although Original Medicare on its own won’t cover most travelers when they leave the United States, there are a variety of private coverage options that can fill in that gap. Nobody wants to have a medical emergency during a trip, but careful planning – both when you first enroll in Medicare, and prior to your trip – can save you a lot of headaches down the road – wherever that road may take you.