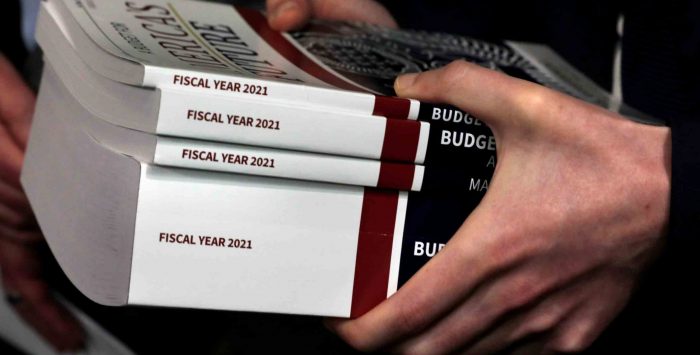 As part of its 2021 budget, the Trump Administration is proposing that Medicare-eligible Americans be able to contribute to HSAs longer by giving Social Security recipients the option to reject Medicare Part A. | (February 11, 2020) REUTERS file photo/Yuri Gripas

As part of its 2021 budget, the Trump Administration is proposing that Medicare-eligible Americans be able to contribute to health savings accounts (HSAs) longer by giving Social Security recipients the option to reject Medicare Part A. Americans collecting Social Security currently have no choice but to receive hospital coverage through Part A when first eligible, and enrollees in Part A face penalties if they then continue to contribute to an HSA.

In a change that has long been opposed by industry and some advocates, the Administration also calls for paying most hospital-owned physician offices the same rate as non-hospital based physicians. Currently, Medicare’s payment rates are higher for hospital-based physicians, which means Original Medicare beneficiaries without supplemental coverage pay more in co-insurance when receiving hospital-based doctor’s services. (Physician services are covered under Medicare Part B, which has a $198 deductible in 2020 and then covers 80 percent of the cost, with the beneficiary paying the other 20 percent.)

A judge blocked the Trump administration’s efforts to implement site-neutral payment rates last year, and some experts believe it has “little chance” of being enacted, but it’s clear this is a priority for the Trump administration, and the lower payment rates for hospital-based physicians would mean lower out-of-pocket costs for Original Medicare beneficiaries who pay their own out-of-pocket costs under Part B.

The Inspector General for the Department of Health and Human Services (HHS) will soon begin a nationwide review of how marketers access Medicare beneficiaries’ personal information stored in a national information system for pharmacy benefits. HHS made the announcement after a narrower investigation showed unauthorized use of the system, which contains information about Medicare beneficiaries with Part D and other drug coverage, and is only intended for use by pharmacies as needed to fill patient prescriptions.

New options may soon be available to disabled Virginia Medicare beneficiaries under age 65. Currently, individuals under 65 have no federal right to purchase a Medigap plan, and although many states have enacted legislation providing access to Medigap for certain people in this situation, Virginia currently lacks such protections. On February 10, the Virginia Senate unanimously passed legislation that would require Medigap insurers to offer at least one standardized plan to Medicare-eligible individuals under 65, although insurers would be allowed to charge substantially higher premiums for enrollees under age 65. (The measure would not help ESRD Medicare beneficiaries, who face large barriers to accessing supplemental coverage and until next year cannot enroll in MA.) The legislation is now under consideration in the State House, where the Labor and Commerce Committee gave unanimous support on February 20.

Josh Schultz has a strong background in Medicare and the Affordable Care Act. He managed a Medicare ombudsman contract at the Medicare Rights Center in New York City, and represented clients in extensive Medicare claims and appeals. In addition to advocacy work, Josh helped implement federal and state health insurance exchanges at the technology firm hCentive. He also has held consulting roles, including as an associate at Sachs Policy Group, where he worked with insurer, hospital and technology clients on Medicare and Medicaid issues.