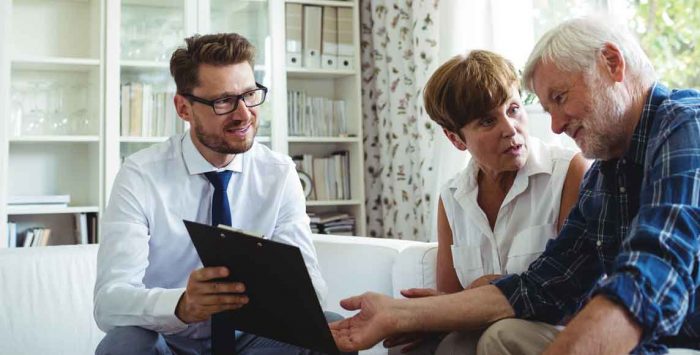 Depending on where you live, you may have several coverage options until you're eligible for Medicare, including COBRA, an ACA-compliant plan, or a short-term medical (STM) policy. | Image: WavebreakMediaMicro stock.adobe.com

Q. I have health coverage through my wife’s employer, but she’s retiring and switching to Medicare. My employer doesn’t offer coverage, and I still have three years before I turn 65. What are my options until then?

A: Depending on where you live, you may have several options, including COBRA or state continuation, a privately purchased Affordable Care Act-compliant plan, or a lower-cost plan that doesn’t have to follow the ACA’s rules, such as a short-term medical (STM) policy. Here’s a rundown of what to keep in mind as you’re making the decision:


Can I get COBRA coverage through my wife's employer?

You’ll want to consider the pros and cons of COBRA or state continuation: It will allow you to keep your current plan, without having to worry about changing doctors or starting over mid-year with a new deductible and out-of-pocket maximum. But it won’t be cheap. You’ll have to pay the full amount of the premium, including any portion that your wife’s employer had been paying on your behalf, plus an administrative fee (up to 2 percent with COBRA, but it can be more than that with state continuation). Be careful if you select COBRA or state continuation. If you do, you will need to exhaust that coverage before you’ll be eligible for an ACA special enrollment period (although the annual open enrollment period is always an opportunity to switch to an ACA-compliant plan, regardless of how long you’ve had COBRA).


Can I get ACA-compliant coverage until I enroll in Medicare?

Losing the coverage you currently have – even if you have an option to extend it with COBRA or state continuation – will trigger a special enrollment period during which you can sign up for an individual major medical plan.

If you enroll in a plan through the health insurance exchange in your state, you may qualify for income-based premium tax credits (aka premium subsidies) to offset some or all of the cost. Depending on your income, you may also qualify for cost-sharing reductions, which help to reduce the out-of-pocket costs you’d otherwise have to pay when you needed care.

An ACA-compliant individual market plan might be less expensive than COBRA or state continuation of your current coverage, especially if you’re eligible for premium subsidies. But keep in mind that you’ll be starting over from zero with your annual deductible and out-of-pocket maximum under the new plan, and you’ll need to check to make sure your doctors are in-network and any prescription drugs you take are included in the plan’s formulary.

In addition, you’ll also want to compare the specifics of the coverage in the individual health insurance policy, because the plan designs may be quite different from the employer-sponsored coverage you’ve had in the past.

As long as your household income doesn’t exceed 400 percent of the poverty level — which works out to about $67,000 for a household of two in 2020 — your premium for a plan purchased in the exchange will be capped at a level that’s considered affordable based on your income.

But your subsidy amount will be calculated based on your total household income relative to the premium for just yourself, since your wife won’t be enrolling with you. Her Medicare premiums — for Part B, Part D, and Medigap, or for Part B and Medicare Advantage — will not be taken into consideration in terms of the total percentage of your income that you’re paying for your coverage.

An example helps to make this clear. Consider a couple living in Arizona, where average full-price premiums are pretty close to the national average. The 65-year-old husband is transitioning to Medicare, but the wife is only 63 and needs to get her own coverage until she turns 65.

We’ll say this couple has a modified adjusted gross income (that’s an ACA-specific calculation) of $50,000. If the 63-year-old applies for a health plan in the exchange, she’ll qualify for a premium subsidy of $522/month, and the benchmark plan will cost $402/month after the subsidy is applied. There are 44 different plans available, and after the subsidy is applied, they range in premium from $253/month to $951/month.

But keep in mind that the husband is paying Medicare premiums as well, which can range from about $145/month to well over $300/month, including supplemental coverage. (For households that exceed $178,000 in Modified Adjusted Gross Income, the Part B and Part D Income-Related Modified Adjusted Amounts (IRMAA) need to be considered, in addition to this $300/month.)

So the household is paying a higher total percentage of income for their combined coverage than they would have paid if they had both been covered under the plan in the exchange.

In fact, if the husband was not yet eligible for Medicare – and they were both enrolling together in the exchange – the benchmark plan would still cost $402/month for both of them together. That’s because the cost is based on keeping the household’s total premium — regardless of which household members enroll — at a predetermined percentage of their income. For a couple earning $50,000, that’s about $402/month, regardless of whether they both enroll or only one of them enrolls.

But again, that’s only the case if they’re both enrolling through the exchange. When some members of the household have outside coverage, such as Medicare, the family’s total combined premiums can be considerably higher.

Should I buy short-term health insurance until I'm eligible for Medicare?

If an ACA-compliant plan isn’t in the budget, it’s worth considering other options. Short-term medical (STM) insurance plans are exempt from many of the requirements of the ACA, and the rules that apply to them vary widely from one state to another. But if you can’t afford an ACA-compliant plan, a short-term plan may well be the next-best thing.

So STM plans will typically only cover unexpected medical needs that arise for the first time after the plan is in place.

STM plans don’t have to cover the ACA’s essential health benefits, and the most commonly excluded services include maternity care, prescription drugs, and mental health care. But if an applicant is healthy and will qualify for Medicare in less than three years, a short-term plan can (depending on your state) be an affordable solution to bridge that gap.

Under federal rules that took effect in late 2018, STM plans can have initial terms of up to 364 days, and can be renewed for a total duration of up to three years. About half of the states have stricter regulations, and plan availability varies from one area to another. But in areas where renewable short-term plans are available, they can be a good middle-of-the-road solution for someone who needs temporary coverage for unexpected accidents or illnesses before becoming eligible for Medicare.

Medicare enrollment is protected by federal regulation, and it covers pre-existing conditions without any waiting periods, so if an issue develops while you’re covered under a short-term plan, it will be covered when you transition to Medicare. But it’s important to understand that Medigap plans can impose pre-existing condition waiting periods for enrollees who didn’t have creditable health insurance coverage before enrolling in Medicare/Medigap.

Before deciding to use a short-term plan to bridge the gap before Medicare, it’s a good idea to contact the Medigap insurers that offer plans in the area and find out how they handle pre-existing conditions, and whether a short-term plan would be counted as creditable health insurance.