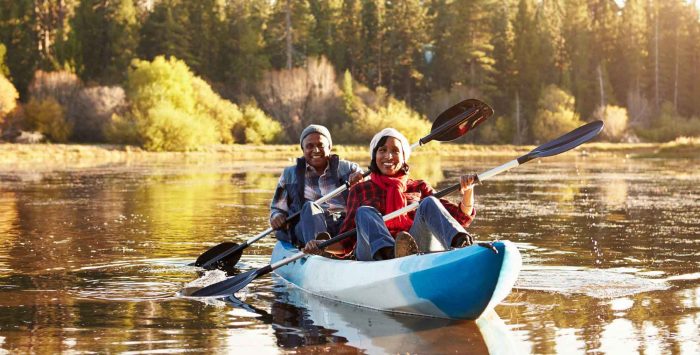 The page provides information on financial assistance programs for Medicare coverage as well as information on how Medicaid may cover long-term care – a service not paid for by Medicare.

Does Connecticut help with my Medicare premiums?

Medicare Savings Programs (MSPs) can help beneficiaries who have a hard time paying for Medicare coverage. These programs pay for Medicare Part B premiums and – in some cases – Part A premiums, as well as Medicare cost-sharing. MSPs for Connecticut beneficiaries include QMB, SLMB, and ALMB.

Many QMB and SLMB enrollees also receive full Medicaid benefits or have a Medicaid spend-down, but ALMB enrollees cannot be enrolled in any other Medicaid program.


Who’s eligible for Medicaid for the aged, blind and disabled in Connecticut?

Medicare provides coverage for physician visits, hospital care, skilled nursing care, and more. However, enrollees can face large out-of-pocket expenses (i.e. co-pays, coinsurance and deductibles), and don’t receive coverage for vision or dental care. Some beneficiaries – those whose incomes make them eligible for Medicaid – can receive coverage for cost sharing and services Medicare doesn’t pay for if they’re enrolled in Medicaid benefits for the aged, blind and disabled (ABD).

In Connecticut, Medicaid covers up to $1,000 in dental care each year for enrollees who are 21 or older. Medicaid also pays for eye exams from ophthalmologists, optometrists, or opticians, and will cover one pair of eyeglasses every two years.

These income limits are adjusted to reflect that Connecticut doesn’t count an individual’s first $351 each month in unearned income (e.g. Social Security or pensions). (This exclusion is $702 a month for spouses.)

This website contains more information about Medicaid benefits in Connecticut.

Medicaid ‘spend-down’ for regular Medicaid for the aged, blind and disabled and LTSS in Connecticut

In Connecticut, individuals with incomes too high to qualify for Medicaid ABD or Long Term Services and Supports (LTSS) programs can enroll in the Medicaid spend-down program.

Medicaid spend-down enrollees activate their coverage by submitting medical bills equal to their “excess income,” which is the amount their income exceeds the spend-down program’s income limit.

Enrollees must satisfy the same asset test as other Medicaid ABD enrollees.

Income eligibility: The income limit is the same as regular Medicaid ABD benefits – which varies by region.

Here is more information on using the Medicaid spend-down in Connecticut.

Medicare beneficiaries who are enrolled in Medicaid, an MSP, or Supplemental Security Income (SSI) also receive Extra Help – a federal program that lowers prescription drug costs under Medicare Part D. Enrollees who don’t receive this benefit automatically can apply for it through the Social Security Administration (SSA). The income limit is $1,615 a month for singles and $2,175 a month for couples, and the asset limit is $14,610 for individuals and $29,160 for spouses.

How does Connecticut regulate long-term services and supports (LTSS)?

Twenty percent of Medicare beneficiaries who lived at home received some assistance with LTSS in 2015, and the percentage of enrollees who need those services is expected to keep increasing as the population ages. While Medicare beneficiaries increasingly need long-term care, Long Term Services and Supports (LTSS) are not typically covered by Medicare.

Medicaid fills the gap in Medicare coverage for long-term care, but its complex eligibility rules can make qualifying for benefits difficult. Additionally, eligibility rules vary significantly from state to state.

Most seniors used to receive long-term care in nursing homes. Today, many enrollees receive LTSS in their homes. But some enrollees’ medical or living situations make nursing home care a better option.

Income limits: An applicant’s income must be less than the cost of nursing home care.

Nursing home enrollees can only keep a small portion of their income, including a personal needs allowance (of $60 each month) and money to pay for health insurance premiums (such as Medicare Part B and Medigap). Enrollees have to pay the remaining income toward their care.

When only one spouse needs nursing home benefits, the state may only count that spouse’s income toward the either the eligibility limit (equal to the cost of care), or what must be paid toward care.

Assets limits: The asset limit is $1,600 if single and $3,200 if married (and both spouses are applying). If only one spouse needs Medicaid, spousal impoverishment rules allow the other spouse to keep up to $128,640.

Note that some assets are never counted, including many household effects, family heirlooms, some prepaid burial arrangements, and one car.

Connecticut requires Medicaid nursing home enrollees to have less than $893,000 in home equity.

Home and Community Based Services (HCBS) waiver programs in Connecticut

Medicaid also covers community-based long-term care. Medicaid programs that pay for this care are called Home and Community Based Services (HCBS) waivers because recipients continue living in the community, rather than entering a nursing home.

In 2020, the income limit for Connecticut’s most commonly received Medicaid HCBS waiver – Connecticut Home Care Program for Elders (CHCPE) – is $2,349 a month. However, once enrolled, recipients have to pay nearly all their income above 200 percent of the federal poverty level – or $2,126.66 a month – toward their care. This payment is reduced by what an enrollee pays for Medicare premiums, health insurance (e.g. Medigap), private long-term care insurance, and medical co-pays.

The state also has two state-funded HCBS programs for individuals with higher incomes:

More information about HCBS eligibility categories and income limits is located under “CHCPE – Connecticut Home Care Program for Elders” on this website.

Only the applying spouse’s income is factored into determining eligibility for Medicaid LTSS. (Normally with Medicaid benefits, the income of both spouses is counted – regardless of who is applying).

Spousal impoverishment rules allow spouses of Medicaid LTSS recipients to keep a Minimum Monthly Maintenance Needs Allowance (MMMNA) from their Medicaid spouse’s monthly income, along with resource and housing allowances. These rules apply when one spouse receives Medicaid coverage for long-term care, and the other spouse doesn’t have Medicaid.

In Connecticut, these “community spouses” are allowed to keep:

Federal law requires states to cap home equity value for Medicaid nursing home and HCBS enrollees. Applicants with more home equity than this are not eligible for Medicaid LTSS benefits. In 2020, states set their home equity limits based on a federal minimum of $595,000 and a maximum of $893,000.

Connecticut uses the highest limit on home equity allowed under federal law – meaning that applicants are not eligible for Medicaid LTSS benefits if their home equity is greater than $893,000.

Penalties for transferring assets in Connecticut

Because long-term care is expensive, individuals sometimes consider giving away or selling assets to a sympathetic party for an artificially low amount so they can become eligible for Medicaid LTSS benefits.

Connecticut has a 5-year Medicaid look-back period – for nursing home benefits and HCBS – during which time asset transfers and gifts are penalized. An applicant’s penalty period is calculated by dividing the amount given away or transferred for less than its value during this look-back period by the cost of nursing home care (which is $13,512 a month in Connecticut in 2020).

A state’s Medicaid agency must attempt to recover what it paid for long-term care related costs beginning at age 55. States can choose to also recover the cost of all Medicaid benefits received by those enrollees. This is called estate recovery.

Prior to the ACA’s expansion of Medicaid benefits in 2014 to non-disabled adults under age 65, more states had estate recovery programs that recovered the cost of all Medicaid-covered services. This was seen as unfair to enrollees between 55 and 64 years old, because applicants in that age range with slightly higher incomes received subsidized exchange coverage – which is never recovered after an enrollee’s death. Connecticut is one of several Medicaid expansion states that changed their estate recovery rules to address this inequity.

Connecticut has chosen to only recover Medicaid’s payments for long-term care related services for enrollees who had Medicaid in 2014 or later. But the state recovers the cost of all Medicaid-covered services received before then.

Congress exempted Medicare premiums and cost sharing from Medicaid estate recovery beginning with benefits paid after December 31, 2009. However, when an MSP recipient receives Medicaid LTSS, Connecticut will attempt to recover its spending on those services.


Where can Medicare beneficiaries get help in Connecticut?

SHIPs can help beneficiaries Help in enrolling in Medicare, comparing and changing Medicare Advantage and Part D plans, and getting information about state Medigap protections. They may also be able to offer referrals to local agencies for services like home care and long-term care. This website has more information about the SHIP in Connecticut.

Elder law attorneys can help individuals prepare for Medicaid long-term care needs. The National Academy of Elder Law Attorneys (NAELA) has a search feature that you can use to find an elder attorney in your area.

How do I apply for Medicaid in Connecticut?

Medicaid is administered by the Department of Social Services (DSS) in Connecticut. You can apply for Medicaid or an MSP using this website.

Josh Schultz has a strong background in federal health care programs. He coordinated a Medicare technical assistance contract at the Medicare Rights Center in New York City, and represented clients in extensive Medicare claims and appeals. In addition to advocacy work, Josh helped implement federal and state health insurance exchanges at the technology firm hCentive. He has also held consulting roles, including at Sachs Policy Group, where he worked with hospital, insurer and technology clients.