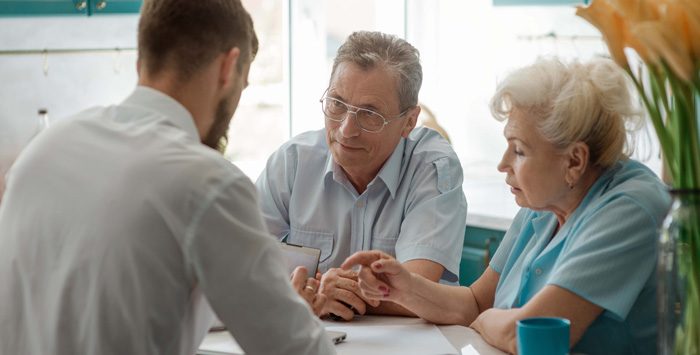 If you’re enrolled in expanded Medicaid and you’ll soon be 65, you’ll want to familiarize yourself with the health coverage and assistance programs that might be available to you.| Image: stock.adobe.com

Virtually all Americans transition to Medicare at age 65. Some continue to also have coverage under the plan they had prior to 65 (e.g., employer-sponsored coverage, or Medicaid), while others purchase new supplemental plans to go along with their new Medicare coverage. But one way or another, Medicare is part of the health coverage that nearly all Americans have once they reach 65.

But since our health coverage system is much more of a patchwork quilt prior to age 65, people transition to Medicare from a variety of other types of coverage. Most are coming from employer-sponsored plans. Some are coming from self-purchased individual/family plans. (We’ve explained more about how that transition works.) And ever since Medicaid was expanded under the Affordable Care Act (ACA) in 2014, some have been coming from expanded Medicaid.

Millions under expanded Medicaid will transition to Medicare

There are currently almost 20 million people covered under expanded Medicaid, accounting for almost a quarter of all Medicaid enrollees nationwide. Under ACA rules, there are no asset limitations for Medicaid eligibility for pregnant women, children, or adults eligible due to Medicaid expansion. Instead, eligibility is just based on an ACA-specific version of modified adjusted gross income (MAGI), along with immigration status.

But Medicaid expansion and the MAGI-based eligibility rules only apply to adults under the age of 65. After that, expanded Medicaid is no longer available. To be clear, Medicaid remains available after age 65 and many older adults rely on it — for example, the majority of nursing home residents in the United States have Medicaid coverage in addition to their Medicare coverage.

But once you turn 65, eligibility for Medicaid is based on both income and assets. There’s some variation from one state to another (select your state on this map to see more details), but in general, the income limits are lower than those that apply to the Medicaid expansion population, and the asset limits are quite restrictive.

This can lead to some sticker shock for people who were eligible for expanded Medicaid prior to turning 65, but then have to transition to Medicare – possibly without eligibility for any further Medicaid assistance – once they turn 65.

What costs should you expect if you’re moving from expanded Medicaid to Medicare?

If you’ve been enrolled in expanded Medicaid, it’s likely that you haven’t had to pay any monthly premiums. (Some states have modest premiums for some Medicaid expansion enrollees, but most do not.) But that may change when you turn 65.

However, full Medicaid coverage (in addition to Medicare) is available to people age 65+ who have very limited income and assets. And there are Medicare Savings Programs (MSPs) that will cover the cost of the Part B premiums (and in some cases, Medicare out-of-pocket costs as well), for people who are eligible. Depending on the MSP, the income limits can be quite a bit higher than the income limit for expanded Medicaid eligibility.

But the catch is the asset limits. There are several states that don’t use asset limits for their MSPs. In most states, however, to be eligible for MSP assistance, your assets can’t exceed $7,970 if you’re single, or $11,960 if you’re a couple. There are some assets that aren’t taken into consideration, including your primary residence, one car, household belongings, and a burial plot, along with up to $1,500 in burial expenses.

Other assets are counted though, including savings accounts and retirement accounts. These assets were not taken into consideration when eligibility for expanded Medicaid was determined in the years before you turned 65. So if you have a modest retirement account balance and a low income, you may have been eligible for expanded Medicaid prior to age 65, but might find that you’re ineligible for any sort of financial assistance with your health coverage once you transition to Medicare.

Depending on your circumstances, you might choose to enroll in a Medicare Advantage plan that provides prescription, dental, and vision coverage – and caps enrollees’ annual out-of-pocket costs for Parts A and B, which traditional Medicare does not do. Many of these plans are available with no additional premiums, which means you’d pay just the $148.50/month for your Part B coverage (projected to be $158.50/month in 2022).

And some Medicare Advantage plans even have a “give back” benefit that pays some of that Part B premium for you.

Transitioning from expanded Medicaid to Medigap

The more expensive way to cover the gaps in traditional Medicare is to buy a Medigap policy, which generally costs anywhere from a minimum of $25/month to more than $200/month to cover out-of-pocket costs for Parts A and B. That’s on top of premiums for Medicare Parts B and D (prescription drugs).

The payoff is maintaining unlimited access to all healthcare providers who accept Medicare – which almost all providers do. Here’s more about choosing between Medigap and Medicare Advantage.

Medicare can pull you out of the coverage gap

Although the transition from expanded Medicaid to Medicare can be financially challenging, eligibility for Medicare will likely come as a welcome relief if you’ve been in the coverage gap in one of the 11 states that have refused to expand Medicaid.

Being in the coverage gap means you have an income below the federal poverty level. Once you transition to Medicare – so as long as your assets don’t disqualify you – you’ll be eligible for the most robust MSP, which covers Original Medicare’s premiums, deductibles, and coinsurance.

Even if your assets do make you ineligible for an MSP, you could still enroll in Original Medicare or a zero-premium Medicare Advantage plan and pay just $148.50/month in premiums (again, projected to be $158.50/month in 2022).

And although it’s not an ideal solution, you do have the option to reject Part B and just enroll in Part A, which is premium-free as long as you or your spouse have worked at least 10 years in the U.S. and paid Medicare taxes.

(Here’s what you need to know about rejecting/delaying Part B. If you don’t enroll and you’re not covered by an employer’s plan, you’ll face a late-enrollment penalty once you do eventually enroll in Part B. And you’ll only be able to sign up during the general enrollment period that runs from January through March each year, with coverage effective in July.)

Although the asset tests in most states might still put an MSP or full Medicaid coverage out of reach once you transition to Medicare, the option to have health coverage for under $160/month is far better than the alternatives that exist for most people under age 65 in the coverage gap.

In most states, unsubsidized premiums for ACA-compliant coverage are three times a high for a 64-year-old versus a 21-year-old, and people in the coverage gap are not eligible for any financial assistance with their coverage. (Low-income Americans in states with coverage gaps should be aware of the minimum income requirement for ACA marketplace subsidies and make every good-faith effort to estimate an income that lifts them out of the gap.)

For those in the coverage gap, the transition to Medicare can be a significant improvement in their overall access to affordable health coverage and care, whereas the opposite may be true for some people who are enrolled in expanded Medicaid before becoming eligible for Medicare.

What steps do I need to take to move from expanded Medicaid to Medicare?

If you’re enrolled in expanded Medicaid and you’ll soon be 65, you’ll want to familiarize yourself with the health coverage and assistance programs that might be available to you.

Understand that although your assets have not been taken into consideration to determine your eligibility for expanded Medicaid, that will likely change when you turn 65. Every state has an asset limit for full Medicaid eligibility if you’re 65 or older, and most states also have asset limits for their MSPs.

But if you do qualify for an MSP – particularly the Qualified Medicare Beneficiary program along with Extra Help for prescription drugs – you may find that you still qualify for premium-free coverage and very limited out-of-pocket costs.

You’ll want to reach out to your state’s Medicaid office prior to turning 65, to be sure you understand the specifics of 65+ Medicaid and MSP eligibility.

You can also reach out to the Medicare SHIP (State Health Insurance Assistance Program) in your state, to see what resources and assistance are available to you.

But on the other hand, if you have substantial assets and prefer the flexibility and robust coverage provided by Original Medicare plus a Medigap plan, you might find that the higher premiums are worth it and you’re able to tap into your savings to cover the monthly cost.

Here’s more about choosing between Medigap and Medicare Advantage — there’s no single solution that works for everyone, so take your time and compare the options available to you.

The Improving Medicare Coverage Act, introduced in the U.S. House in September by Washington Representative Pramila Jayapal, would do away with cost-sharing and premiums for Medicare beneficiaries with income up to 200% of the poverty level (it would also lower the Medicare eligibility age to 60).

This bill, or something like it, would eliminate the current sticker shock that can go along with the transition from expanded Medicaid to Medicare. If you have an opinion on the legislation, you can reach out to your elected officials to speak with them about it.