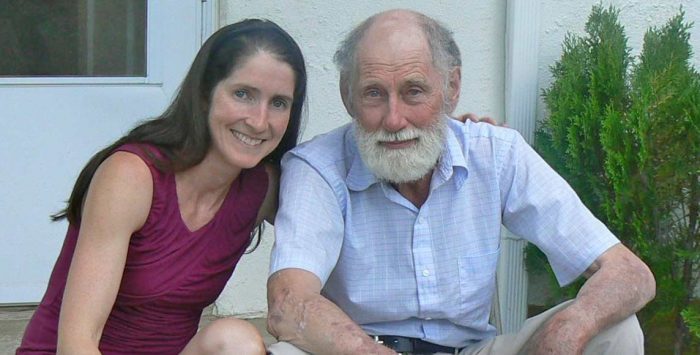 Author Louise Norris with her father, Phil, who switched to a lower-cost Part D plan after his 2012 kidney transplant.

If you’re like most Medicare enrollees, you probably aren’t planning to make any changes to your existing coverage for the coming year, but – like most beneficiaries – you should probably at least consider it during Medicare’s open enrollment period.

And if you’re enrolled in Medicare Advantage (even if you just signed up for it during the most recent open enrollment period), you have a three-month window at the start of the year when you can make changes to your coverage.

The annual open enrollment period runs from October 15 to December 7. Any changes you make during this period will take effect on January first. The Medicare Advantage open enrollment period runs from January 1 to March 31. You’re only allowed to change your coverage once during this window, and the change will take effect the first of the following month.

A recent Kaiser Family Foundation analysis found that only about 10 percent of Medicare Part D (prescription drug coverage) enrollees switched plans from 2016 to 2017, while 90 percent remained in the same plan.

[And these numbers are even lower than they were a few years earlier.]

Clearly, most enrollees are either happy with their coverage – or possibly unaware of the alternatives that are available – or they’re daunted by the process of selecting and enrolling in a different plan.

But as I point out in the examples below, the possibility that your Medicare coverage will be changing in some way – or that there’s new, improved coverage available – makes it well worth your time during open enrollment to compare the options that are available to you for the coming year. And if you have Medicare Advantage, you get another — even longer — opportunity to switch to a different plan after the start of the year.

Even after looking at the other available options, you may end up keeping the coverage you already have. But you might very well find that another plan is a better fit for your needs.

Here are four ways you can change your Medicare coverage. If you have Medicare Advantage, you can still make a change to your coverage after the start of the year, during the January – March Medicare Advantage open enrollment period. Otherwise, changes are limited to the October 15-December 7 window each fall.

Medicare Part D covers prescription drugs for people who are enrolled in Original Medicare, or in some cases, Medicare Advantage plans that don’t include prescription coverage. [90 percent of Medicare Advantage plans have integrated Part D coverage. But if you enroll in a Medicare Private Fee-for-Service plan (PFFS) or Medicare Medical Savings Account (MSA) plan, you’re allowed to purchase a stand-alone Part D plan to supplement it.] As of late 2019, about 25.6 million people were enrolled in stand-alone Part D plans.

During the annual open enrollment period, Part D enrollees have a chance to switch to a different Part D plan, enroll in Medicare Part D for the first time if they didn’t enroll during their initial enrollment period (late enrollment penalties may apply), or drop their Part D coverage altogether.

But what if you already have a Part D plan that you like? You still need to pay attention to the options that are available during open enrollment, and any changes that apply to your current plan for the coming year.

And your own medical circumstances might be different from last year, which is just as much of a consideration. I know this because I’ve seen it firsthand:

My dad’s kidneys failed when he was 54. (You can read his story here.) He’s had Medicare Part D ever since it became available in 2006. For the first several years, he was on dialysis, and numerous accompanying medications, many of which were quite expensive. To cover them, he always selected one of the most expensive Part D plans, because the higher premiums were far offset by the lower prices he had to pay for the medications.

He was fortunate enough to have a successful kidney transplant in 2012, and needs very little in the way of medications now, other than immunosuppressants. (Medicare Part B covers those for enrollees who are 65+ and had Medicare coverage at the time of the transplant.) So during the open enrollment period following his transplant, he switched to a lower-cost Part D plan, and has maintained coverage ever since in one of the lowest-cost plans available in his area.

The take-away point here is that the plan that worked best for you this year isn’t necessarily the same one that will work best next year. During open enrollment, you can use Medicare’s plan finder tool to compare plans based on the specific prescriptions that you take. [And a heads up that the plan finder tool was overhauled in the fall of 2019. It has some helpful new features but advocates also have concerns about the updated version. In short, allow yourself some extra time to familiarize yourself with the tool before making a plan selection.]

Many Medicare beneficiaries find the shopping process overwhelming, and end up just keeping their existing plan to avoid the hassle. But there are assisters online, over the phone, and in your community who can help you, free of charge. Seek them out if you have questions.

The average premium for Medicare Advantage plans with integrated Part D coverage is about $36/month in 2020 (Medicare Advantage premiums are in addition to Medicare Part B premiums), but premiums can vary from one year to another — for the plan that you have, as well as the other options available in your area. Your benefits and provider network might also change, and the same could be true of the other plans that are available to you.

The plan you have now might have been the best option when you first enrolled, but don’t assume that will always be the case. Take the time to compare the various options during open enrollment.

But if you’re in poor health, you’ll also want to check into the availability of Medigap plans (Medicare supplemental coverage) before making the decision to switch to Original Medicare.

There are some exceptions, but this is an area where you’ll want to do your homework before making a decision, as your out-of-pocket costs under Original Medicare (without a Medigap plan) could be significant, depending on your healthcare needs.

Once you switch, you’ve got a one-year “trial period” during which you can switch back to Original Medicare and still have access to guaranteed-issue Medigap coverage — assuming you had a Medigap plan before you switched to Medicare Advantage and this was your first time switching to a Medicare Advantage plan.

The trial period provision makes it easier to try out Medicare Advantage, but it’s still important to read the fine print before you decide. You may be enticed by a zero-premium plan (keeping in mind that you’ll still have to pay premiums for Medicare Part B), but be sure to account for the scope of the provider network, and the out-of-pocket exposure.

Medicare Advantage plans can have maximum out-of-pocket limits as high as $6,700 (the average out-of-pocket limit in 2018 was $5,187), and that does not include out-of-pocket costs for prescription drugs under an integrated Part D benefit. So keep the big picture in mind when you’re considering possible options for the coming year.

Regardless of the specifics of your situation, you owe it to yourself to check into the options that are available during open enrollment. If the options seem overwhelming, you can talk with an agent licensed to discuss Medicare coverage by calling one of our enrollment partners at 1-844-309-3504.